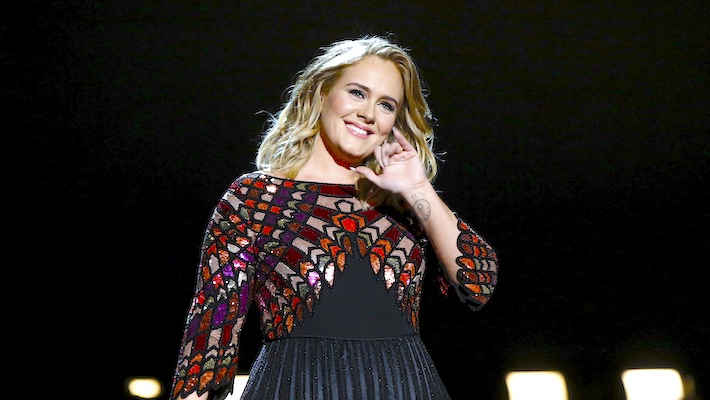 Yesterday marked the publication of a new profile of Adele in British Vogue. The report notes that although Adele worked on the album with people like Greg Kurstin, Max Martin and Ludwig Göransson, there are no featured performers on the album. Adele said, “It’s not that I don’t want it. It is not calculated. It was never right for some reason.

However, it looks like there will still be some notable non-Adele vocals on the album. A separate profile of Adele was also published in the US edition of Vogue yesterday, and in it, Adele notes that Tyler The Creator and Skepta will be making appearances on the album, but not as featured artists.

The piece describes listening to a new track, of which Adele says: “The next song is the one I wrote when I went to the studio the day after Angelo. [Adele’s son] said, ‘I can’t see you.’ He adds that the song incorporates vocal notes from Tyler and Skepta. Adele explained: “I thought it would be a good idea, considering that everyone has been at my door for ten years, as a fan, to say to me: ‘Would you like to come in? “”

Skepta’s appearance is also notable as it was said around the same time last year that he and Adele were dating. Shortly after these rumors surfaced, however, Adele apparently addressed them by calling herself a “lady (lonely) cat.”

As for the style of the song, the feature describes it: “A certain combination of elements – sexy 70s groove, heavy strings, heavier lyrics – immediately reminds Marvin Gaye.” It continues, “What is happening was a “really big reference” on the album, turns out.