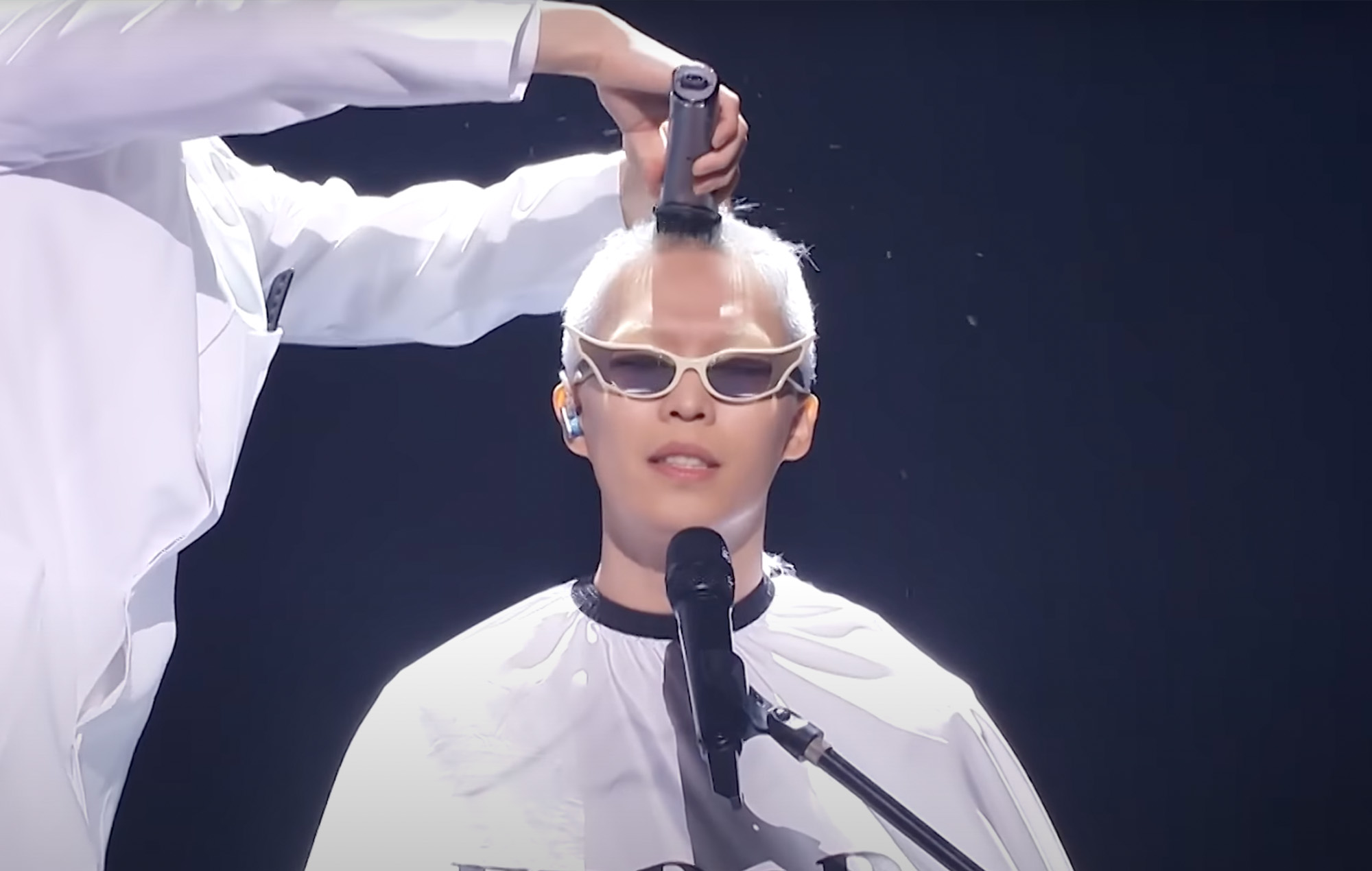 AKMU Lee Chan-hyuk went viral for a shocking performance of ‘Panorama,’ where he gets his head buzzed onstage.

When a South Korean live music show last aired Inkigayo on October 23, Lee performed his first solo single “Panorama” – from his album “Error” released on October 17 – while sitting in a chair and shaving his hair on stage.

“I can’t die like this / I gotta try everything on my to-do list / My life was short and there’s nothing left / And it passes like a panorama.” Lee sings into the mic while wearing a white cape displaying the album title “Error.”

Lee’s debut album features a total of 10 B-sides with the exception of “Panorama”, entirely written and composed by the singer-songwriter himself. The B-sides also feature a collaboration with the K-pop idol Chung Ha on ‘Goodbye, stay well’, making it the only track with a featured artist on ‘Error’.

“Error” also marks Lee’s official debut as a soloist, since bursting into the South Korean music industry as one half of AKMU, the K-pop/folk sibling duo complemented by sister and lead singer Lee Su-hyun. She previously pursued her own solo career in October 2020 with the single “Alien”.

Lee Chan-hyuk has also worked as AKMU’s chief songwriter and credited as lyricist on a large majority of the duo’s discography to date. He also contributed lyrics to several singles by other artists, including Su-hyun’s “Alien”, UI ‘Ah Puh’, TREASURE of ‘Slowmotion’, ‘Think About You’ by Younha and ‘We Were’ by Lee Seung-chul, among others.