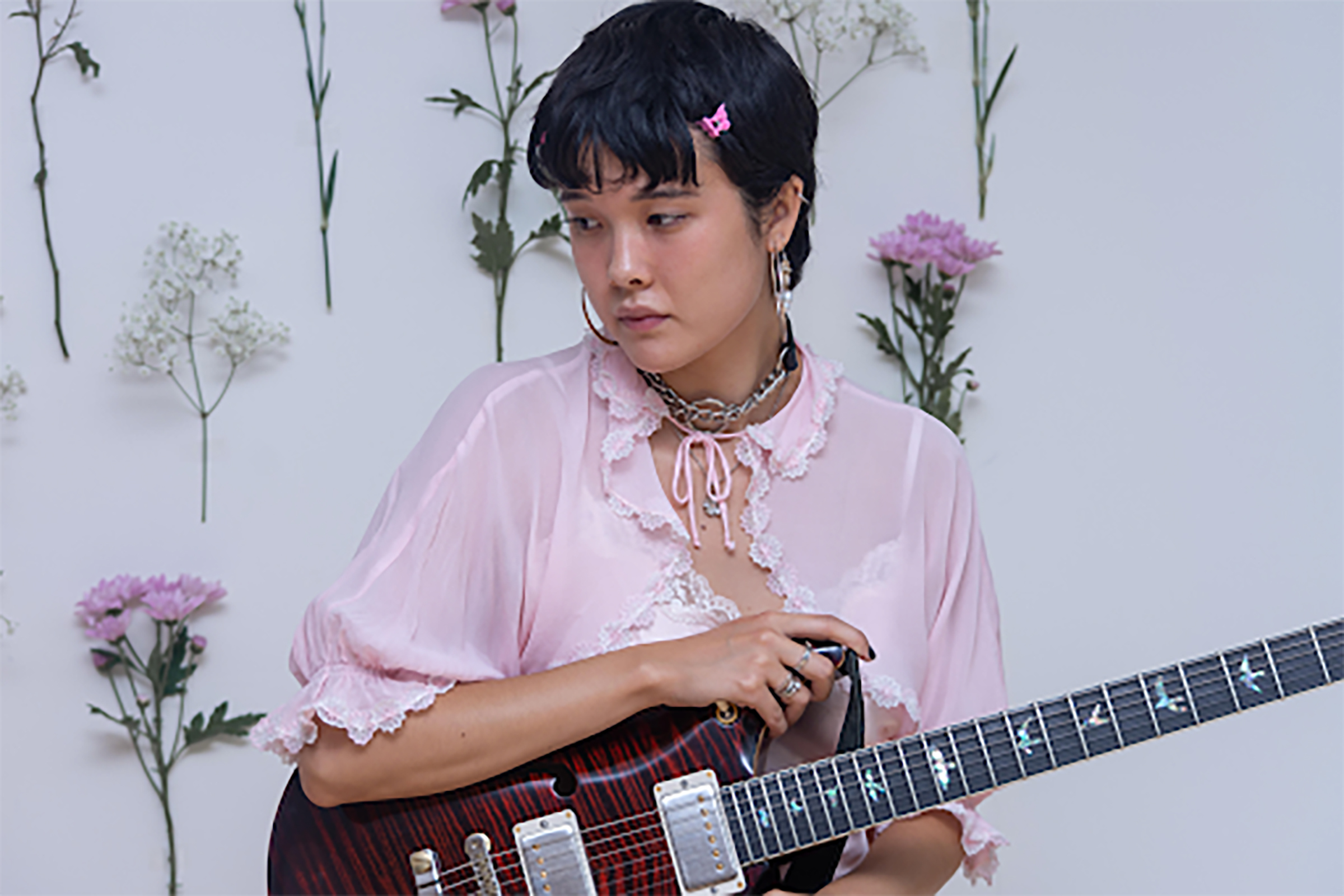 Hailing from Ann Arbor, Mei Semones is the ultimate triple threat: a skilled multi-instrumentalist, bilingual vocal talent, and an unapologetic lover of the color pink. On his debut EP, TsukinoSemones blends sweet indie J-pop with shimmering jazz, a sonic combination that radiates the same cherry blossom glow as the project’s cover art.

Now in her final semester at Berklee College of Music, Semones is studying professional music with a concentration in performance. Despite moving to Boston for school, the influence of Semones’ Ann Arbor upbringing remains distilled into his musical style. In an interview with The Michigan Daily, the artist credited his time in Community High School’s renowned jazz program for first sparking his interest in jazz performance.

“They have a really good jazz program, where there are small jazz combos as opposed to big bands, which is kind of the norm in most schools. So I started playing jazz,” Semmones said. “At first it was mostly because I wanted to play guitar in school, and it was the only class I could do that in, but I ended up really loving it.”

Semones later added, “Jack Wagner, who teaches jazz, was a huge influence on who I am as a musician, because I wouldn’t be doing what I am if I hadn’t taken his lessons, you know?”

At Tsukino, Semones’ penchant for jazz comes through clearly. The project draws on an array of local talent, including double bass and electric bass from junior Ben Wood in music, theater and dance, as well as recording and mixing assistance from the college alum Geoff Brown and music, theater and dance junior Sam Uribe. Tsukino is the culmination of almost two years of work, after a simple bedroom recording of the title track “Tsukino” two summers ago, transformed into a polished product of five songs recorded in a studio in Ypsilanti. Despite the sometimes difficult logistics of making music lately, Semones has reflected on the experience.

“Almost the entire EP was recorded during the pandemic, and it worked out because I felt like I had a little more time to focus on the project,” Semones said. “I think (the pandemic) has given me more space to focus on writing and recording and developing a social media presence.”

On opener “Yoake,” Semones poetically flexes that aforementioned writing. Over warm string arrangements and brave guitar, she sings “Push me to the / Brink of dawn / Lost behind the / Secret sun / Morning’s gone / Take your hands / Put me down.” Semones’ vocals carry a special kind of smooth expressiveness that simmers over his simple yet beautifully punchy instrumentals.

On “Kodoku”, she sings about the mix of loneliness and frustration, crooning in Japanese (which has been translated into English here), “How far will I carry / The bitterness I want to forget / Why won’t the cold end / Even if I have no strength.” The track is slightly hopeful despite its dark reflections on love, with crescendos full of violin and soft drums. Semones looks emboldened as the song ends, saying, “I don’t wanna be another thing you’ll forget / I don’t wanna be one of those names you’ll never remember.”

The single “Muchuu” is infused with an energetic bossa nova beat, a genre that Semones has singled out as a major point of musical influence. She counts founding Brazilian musicians like Antônio Carlos Jobim and João Gilberto as sources of inspiration during her songwriting process, as well as an array of pioneering jazz musicians.

At Tsukino, Semones put his own spin on these understandings of jazz. The texture of the project feels local yet smooth, perhaps due to the exclusive use of demo voice recordings throughout. This balance is further proof that Semones has carved out a distinctive place for himself on the EP, infusing the classic chord changes of jazz and bossa nova with an indie-pop twist and sleek Japanese lyricism.

As for his upcoming projects, Semones hopes the future will be filled with sure live shows. She is the lead guitarist for Connecticut band The Brazen Youth, touring with the band in early February in support of Kansas City indie-rock band The Greeting Committee. Outside of his own solo career, Semones also performs with G Luné and his close friend Reggie Pearl, never remaining idle for too long.

The artist is currently writing a three-song EP as part of his capstone project before he graduates in the spring, an effort that Semones plans to herald with new music videos, a night of EP release and, fingers crossed, live performances.

Semones is an exciting new talent from Ann Arbor, in no way limited by genre. Tsukino twists and turns from jazz to pop, from English to Japanese, from quieter moments of solitude to blossoming moments of passion, executed with considerable artistic prowess. After a dynamic debut solo EP, it’s obvious that there are still plenty more Mei Semones to come.

Be sure to check out his music video for “Yoake,” which was recently released and directed by college alum Evan Deng.

Artopia, an immersive art pop-up experience, is coming to Phoenix