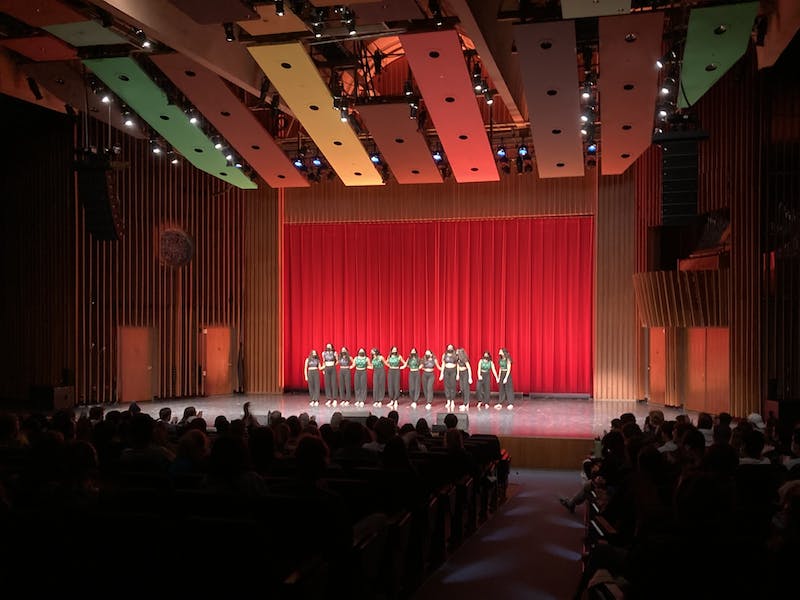 The Hopkins Center for the Arts will offer a wide range of musical, theatrical and dance performances this fall.

by Farah Lindsey Almadani | 17 minutes ago

This article is featured in the Freshman 2022 special issue.

For many students, the start of college signals new opportunities – whether it’s taking classes in unfamiliar departments, venturing off campus into the Upper Valley, or simply trying out a new pass. -time. If you’re looking to dip your toes into Dartmouth’s arts and performance scene, we’ve got you covered. At the south end of campus is the Hopkins Center for the Arts – commonly referred to as the Hop – a center for on-campus arts production. The Hop hosts a variety of events throughout the year, and there are plenty of ways to get involved.

The major events of this quarter

At the start of the fall term, the Hop’s first two offerings explore the contemporary black experience in America. The first event of the quarter will be “The Ritual of Breathing is the Ritual of Resistance” on September 16-17, a workshop and performance intended to serve as an “offering” and a “call for justice” in response to the murder 2014. by Eric Garner. The following weekend, September 23-24, Camille A. Brown & Dancers will take the stage in a “dance journey through the African-American experience.”

In October, the Hop will host the Brentano String Quartet, an award-winning group that performed at Carnegie Hall in New York. During their October 1 performance, the Quartet will begin with a “contrasting, yet complementary blend of Old English works for consort of viols and songs”, then conclude with “Dido’s Lament”, a piece from the opera Dido and Aeneas. ”

On October 6, the Manchester Collective Sirocco, a British group, will be joined by South African cellist Abel Selaocoe. The Collective will perform classic Danish and African folk songs, while Selacoe will perform original compositions. On October 15, award-winning flautist Nicole Mitchell, alongside the Black Earth Ensemble — which Mitchell founded in 1998 — will perform, honoring African American folklore through music.

In an emailed statement, ticketing manager Brian Shaw wrote that students were getting a “significant discount on tickets”. For Hop Presents, Hop-produced events, ensemble and theater performances, student tickets are $10, while Hop Films and film events are $5 for students, according to Shaw. Additionally, Shaw wrote that incoming members of the Class of 2026 are eligible for a free ticket to any event at The Hop this fall using promo code WELCOME26.

The Hop will host several orchestral productions this fall, including performances by the Coast Jazz Orchestra and the Dartmouth Symphony Orchestra, both of which are student ensembles. The Hopkins Center also hosts visiting professional artists.

Director of Orchestral and Choral Ensembles, Fillipo Ciabatti, leads two ensembles: the Dartmouth Symphony Orchestra and the Handel Society, a choral dress-dress society that enables the “city” of Hanover to perform with the university community – the “ dress “. Ciabatti said the Dartmouth Symphony Orchestra will perform its fall concert on November 12. The show will celebrate 50 years of coeducation at the College and the 60th anniversary of the Hopkins Center.

The first half of the show will be a Prix de Florence concerto performed by pianist Karen Walwya to honor and celebrate women in classical music. The second half will be “Symphonie Fantastique,” ​​an 1832 program symphony by French composer Hector Berlioz. The performance will also include composer Aaron Copland’s “Portrait of Lincoln”, a piece composed in 1942 that contains excerpts from Abraham Lincoln’s Gettysburg Address.

According to Ciabatti, the Dartmouth Symphony Orchestra is open to all students. He said he’s constantly impressed with the work ethic of the students overall.

“Most orchestra students aren’t going to make a career out of it, [but] they are so talented, so competent and so competitive that they stay with the orchestra and even if it means training,” he said.

Amy Norton ’23, Ensemble Assistant of the Coast Jazz Orchestra, called Coast Jazz “one of the [her] preferred communities on campus. She said she joined her freshman year and recommends freshmen to participate in the audition process at The Hop.

” Go for it. It really is such a rewarding experience,” Norton said.

Another ensemble group holding auditions in the fall is the Dartmouth Glee Club, a 40-member choral group. Boland said she “strongly recommends” freshmen to audition for this opportunity if they are interested in the club.

“The audition doesn’t have to be perfect, but we’re just looking for people who are passionate and committed to connecting with others and sharing their voice with a top college choir,” she said.

According to the Hopkins Center, the Dartmouth Glee Club auditions will take place on Wednesday, September 15 from 3-6 p.m. Students will be expected to prepare a solo piece of their choice, as well as engage in sight-reading, vocal heat-ups, and ear-training exercises.

According to the theater department’s website, auditions take place during the first week of term, with more details available in Shakespeare Alley – located on the ground floor of The Hop, to the right of the bathrooms – as well as on the department’s website. Auditions are open to all undergraduates, regardless of their major or prior acting experience.

David Katz ’24, a theater major, said one of their favorite acting experiences was while performing in “Rent,” especially performing the song “No Day But Today” with their fellow cast members. the distribution.

“Hearing all of these sounds that we all created with bodies was one of the most magical experiences I’ve had on stage,” Katz said.

According to Katz, some of the best things about being involved in musical theater are the rigor, focus, and most importantly, the ability of performers and audience to share a moment.

“That’s why I prefer theater to any art form…there’s always a tomorrow, there’s no end,” Katz said.