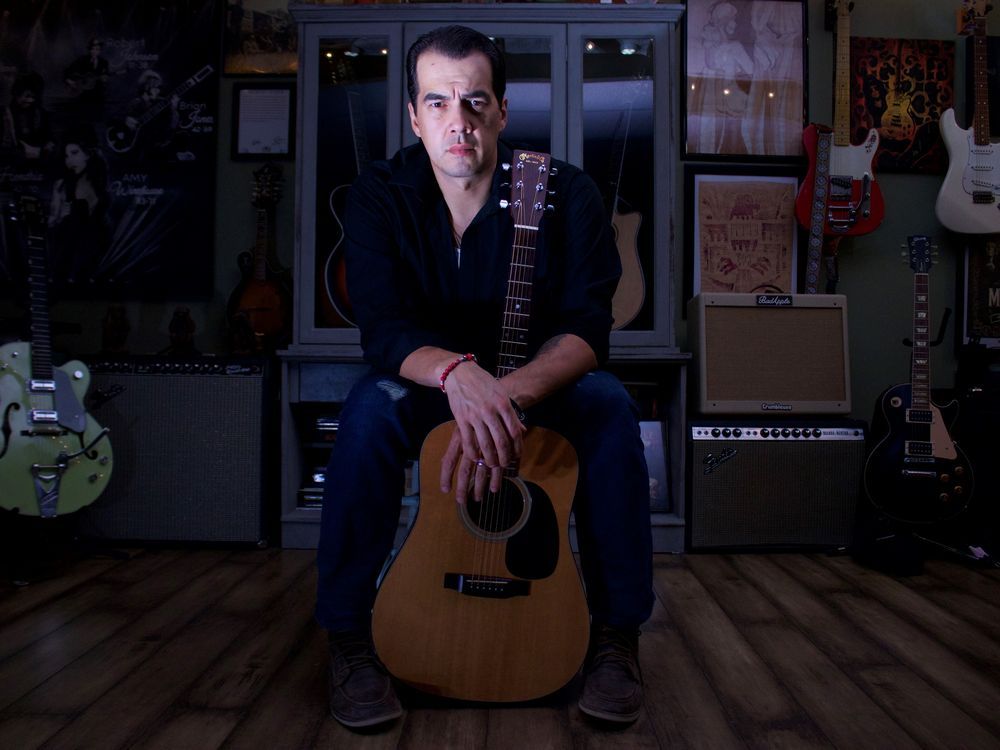 Reviews and recommendations are unbiased and products are independently selected. Postmedia may earn an affiliate commission on purchases made through links on this page.

Berk Jodoin’s clip for Starlight Tour, which was released last month, shows his imagination of the experiences of Neil Stonechild and others in the same position.

Jodoin said he wrote the song after reading an article about Stonechild which gave him a strong sense of empathy.

“I felt like I was on the outskirts of Saskatoon in the cold and panic that those guys and girls would have felt. It was very emotional and very heavy,” he said.

“I try to write songs that are as real as possible… If I’m able to allow someone to feel something from the words I write and the songs I sing, that’s probably the greatest reward I can get from any music I ever created,” he said.

Jodoin decided to make a video for Starlight Tour after receiving a grant for his 2020 self-titled album from Factor – the Foundation helping Canadian talent on recordings.

“We picked a song that we thought was timeless…I think this video will stick with people for a long time,” he said.

He brought his concept to Prehistoric Productions, a Saskatoon-based film production company.

Owner and operator Brad Pederson said he and his two business partners make a variety of music videos for local artists.

“Our passion, from a creative standpoint, has always been music videos. It’s such an amazing way to be able to tell stories… (and) it’s really remarkable how much musicality we have here,” said he declared.

For Starlight Tour, Pederson said Jodoin wanted to tell a “pro-survivor story” and they wanted it to be clear that it was set in Saskatoon.

“We didn’t want it to feel like we were in some kind of different city, so we tried to focus on the landmarks,” he said.

They appropriated the story, parallel but without trying to tell the story of Stonechild.

“We kept it very vague in the story. We just wanted to tell the story as it vaguely relates to so many people,” Jodoin said.

They had hoped to connect with the Saskatoon Police Department while working on the video, Pederson said, adding that hWe had hoped “that maybe they would have helped us on the production side, ie loaning us proper uniforms, giving us some sort of collaborative effort on that… (but at Saskatoon), the police are simply not used to requests like this.

Jodoin said, “I saw this as an opportunity for them, as a group, to maybe fix some fences, to start building bridges instead of putting up walls.”

A police spokesperson said they are often approached to participate in productions.

“Although our service supports artistic productions in a general sense, not all requests meet the criteria set out in the administrative policy,” the spokesperson said.

Jodoin said he was pleased with the work of Pederson’s team and the actors in the video, and the way they brought his story to life.

“It gets emotional because the writing thought process came to fruition on a screen… I could see my thoughts now. It was pretty cool.

Jodoin said he is grateful for the support he has received for his music, from groups like the Saskatchewan Country Music Association and SaskMusic, grants from SK Arts and Factor, and especially from home.

“Probably the biggest support I have is my wife supporting my crazy songwriting and my crazy musicianship,” he said.

He is working on the release of his third album and hopes to be able to go on tour again with his music.

“There’s nothing quite like connecting with people while they’re in the same room as you.”

News seems to be flying towards us faster all the time. From COVID-19 updates to politics and crime and everything in between, it can be hard to keep up. With this in mind, the Saskatoon StarPhoenix has created a Afternoon titles newsletter that can be sent to your inbox daily to ensure you are up to date with the most vital news of the day. Click here to subscribe.

We deliver the local news you need in these turbulent times on weekdays at 3 p.m.

Thank you for your registration!

A welcome email is on the way. If you don’t see it, please check your spam folder.

The next issue of Saskatoon StarPhoenix Afternoon Headlines will soon be in your inbox.

We encountered a problem during your registration. Try Again