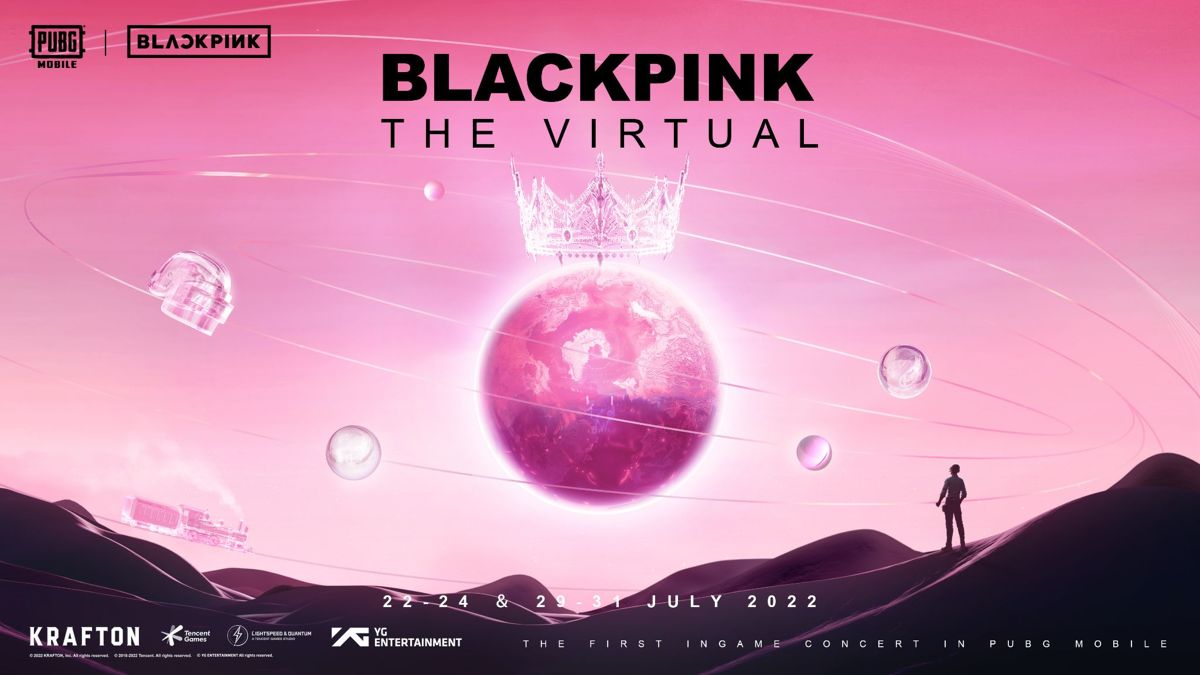 The mobile game’s first in-game concert, “The Virtual,” featuring K-pop sensation BLACKPINK, will be held twice in the regions, July 22-23 and July 29-30 in North and South America. , and July 23-24 and July 30-31 in the rest of the world. In addition to BLACKPINK’s current music, the concert will feature a new “special track” and music video, specially designed and created for the collaboration and released in PUBG Mobile and its social media.

“The Virtual” will be released as part of PUBG Mobile Update 2.1, which will be released on July 13. The update brings a new themed game mode, Ancient Secret: Arise, and new content with Season 7 of Cycle 3 of the game and Month 13 of the Royale Pass. .

Players can get their free concert tickets in-game starting July 15 and pre-load the concert resource pack the next day needed to attend the concert. Starting July 19, players will be able to gift promotional materials in-game to receive more promotional material gifts. There will also be unique rewards to earn each day by logging into the game and completing themed challenges.

Having collaborated with PUBG MOBILE in 2020 to celebrate the launch of The scrapbook, BLACKPINK is ready to take things to new heights and take part in PUBG Mobile’s first in-game concert. Fans can get the custom outfits that Jisoo, Jennie, Rosé, and Lisa wear during the in-game performance from July 23 through August 31.

Vincent Wang, Head of PUBG Mobile Publishing at Tencent Games, said, “PUBG Mobile is honored to partner with BLACKPINK again as we continue to deepen the connection between their amazing music and our game. Our first-ever in-game concert is expected to be a groundbreaking event, expanding the ever-evolving world of PUBG Mobile and setting the stage for a BLACKPINK comeback that will be remembered for years to come. We’re incredibly excited to usher in a new era of battle royale – it’s an experience you won’t want to miss!”

“We also hope to increase opportunities for artists and fans to interact closely across borders and language barriers,” YG Entertainment added. “As this is a concert held in the virtual world, in addition to music and performances, various entertainment will provide fans with a special and interesting experience. We all can enjoy various aspects of BLACKPINK that would be different from the world. real.