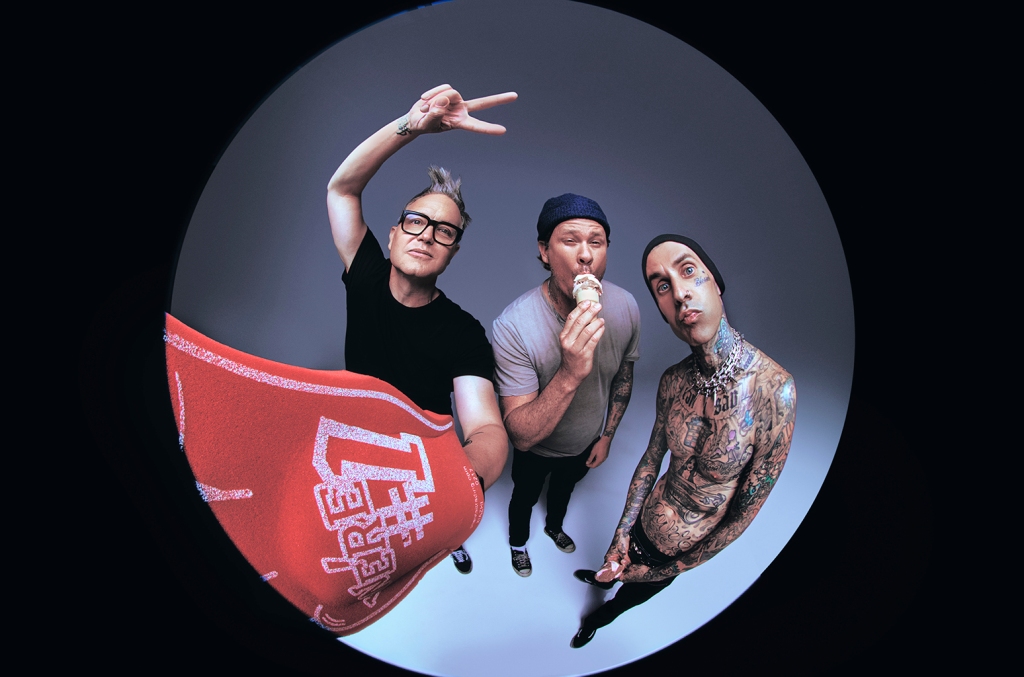 First, Blink-182 reunited with Tom DeLonge, then gave us new music in the form of “Edging,” complete with its official music video. The skate-punk favorites give us a little more action, this time with the “alternate version” of “Edging.”

Cole Bennett returns to direct the fun new music video, which features the trio in a circus, surrounded by adults dressed as bunnies, and cameos from Lil Tracy and Bennett himself.

Things take a dark turn, as DeLonge, Mark Hoppus and Travis Barker show off their knife-throwing skills with rabbits as unfortunate targets.

It’s more Monty Python than Donnie Darko, as the lop-eared friends are eliminated.

“Oh no, look at the mess we started,” DeLonge and Hoppus sing. In effect.

Bennett, the head of Lyrical Lemonade, videographer and music video director, has worked on music videos for Juice Wrld, Jack Harlow, Lil Durk, The Kid Laroi and many more.

Blink is back. Just last week, the rockers announced that the band’s classic lineup would reunite for a new album, fronted by ‘Edging’, marking the first time in a decade that the three founders have been together in the studio.

DeLonge, who previously left the band in 2014 and was replaced by Alkaline Trio’s Matt Skiba, tweeted that “‘Edging’ is fun, and a perfect way to remind you of the fun again. But just fucking wait .

A world tour will follow. Produced by Live Nation, the global ride includes the trio’s first-ever performances in Latin America as well as tours of North America, Europe, Australia and New Zealand beginning in March 2023 and running through February 2024.

The Australian tour announcement, reports LN, “has received an overwhelming response from fans” as three more arena dates are added to the itinerary.

Watch the “alternate version” of “Edging” below.