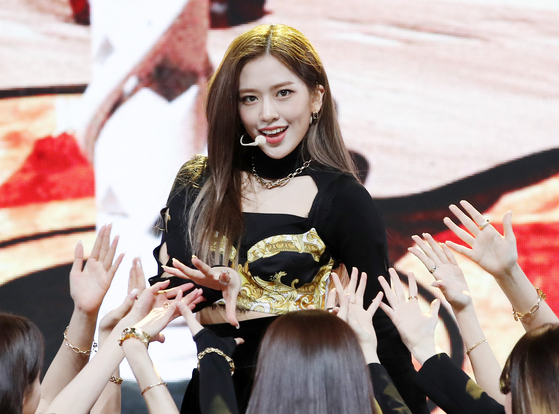 Spirit, voice, dance moves and looks – An Yu-jin has it all.

The 18-year-old K-pop star is making his mark as a variety program icon through tvN’s ongoing game show “Earth Arcade.” She’s also set to return to the stage on Wednesday night as the frontman of one of the country’s hottest girl groups, IVE.

“Earth Arcade” focuses on the four members of the show who go on a 10-day trip to Thailand and are given various missions and challenges along their journey. They must complete these missions in order to enjoy the activities and the food.

Although the program follows the common game show concept often seen on Korean television, it is unique in that the members are all relatively lesser-known young female celebrities with no famous comedian leading the group.

An has become a new icon in the entertainment industry thanks to her role in “Earth Arcade”. She has previous experience on variety shows, appearing as a guest on such shows as SBS’s “My Little Old Boy” (2016-) and MBC’s “The Manager” (2017-), and serving as a regular panel on Season 2 of Channel A’s “The Iron Squad” (2022) and a host of SBS’s “Inkigayo” (1991-). However, “Earth Arcade” is considered the show that best captured An’s sense of wit and humor.

The public dubbed her the “entertainment industry pearl” of the year discovered by producer Na.

“Earth Arcade” airs every Friday at 8:50 p.m. on the tvN cable channel.

An is also set to return to her main job as a K-pop star on Monday as her girl group IVE releases their third EP “After LIKE.”

The EP contains two songs – the title track and “My Satisfaction”.

“After LIKE” comes five months after his last release, “Love Dive”.

“Love Dive” was a megahit in the K-pop sphere both domestically and among K-pop fans overseas. Its music video surpassed 130 million views on YouTube and remained on the Billboard Global 200 and Billboard Global Excl. US charts for 18 straight weeks.

An debuted in 2018 via project girl group IZ*ONE after placing fifth in Mnet cable channel’s 2018 K-pop girl survival show “Produce 48.” IVE member Wonyoung was also part of IZ*ONE as she made the top 12 in the survival program. When IZ*ONE disbanded in April 2021 according to the group’s contract, An joined as a member of girl group IVE.

IVE debuted in December 2021 with “Eleven,” a single that sold 152,229 copies in its first week of release, according to Hanteo Chart. It was the highest number of copies sold by a rookie artist in Korea in 2021. The music video for “Eleven” also garnered more than 35 million views on YouTube within four days of being uploaded.

The group consists of members An Yu-jin, Gaeul, Rei, Wonyoung, Liz, and Leeseo.

An Yu-jin debuted as a K-pop singer through project girl group IZ*ONE in October 2018, after ranking in the top 12 of the female survival show Mnet’s K-pop cable channel “Produce 48”. The group released hits such as “La Vie En Rose” (2018), “Secret Story of the Swan” (2020) and “Panorama” (2020), before breaking up in April 2021. An then joined the new daughter from his entertainment agency. group IVE in December 2021 through the EP “Eleven”. In April, the group released their second EP “Love Dive” and on August 22, the group released their third EP “After LIKE”. An is the leader of the sextet. She is also a permanent member of tvN’s ongoing variety show “Earth Arcade”.

This information was confirmed by Starship Entertainment on August 17, 2022.