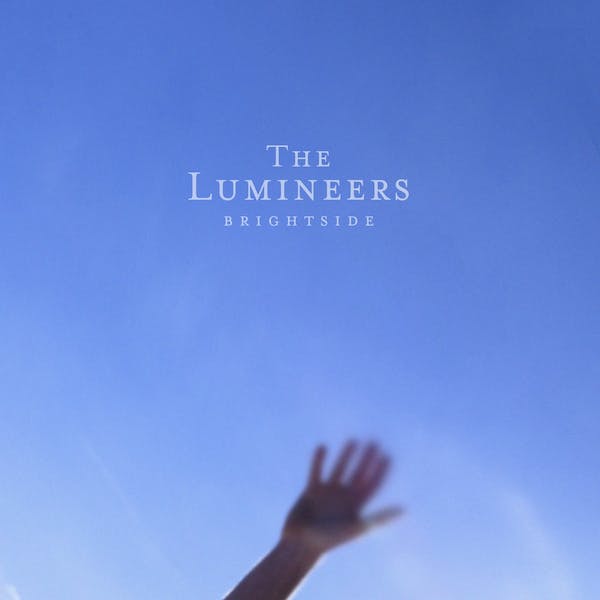 Channel your inner romantic with ‘Brightside’

American folk rock band The Lumineers have released their latest album Bright side January 14. Prior to the album’s release, they released three singles in 2021, teasing the album. The album has nine songs and is 30 minutes long. Written by Lumineer co-founders Jeremiah Fraites and vocalist Wesley Schultz, the band consider it their “best album to date.”

My first introduction to the Lumineers was when I saw their music videos on my Youtube recommendations page years ago. The thumbnail for “Sleep on the floor” in particular looked perfect and I remember talking to an old friend who is a Lumineers fan, and decided I should give them a shot.

Listening to their staple hits over the course of 2020 and 2021, I felt angry at myself for putting off listening to them for so long. I found myself waiting for new music. Fortunately, a new album came out in 2022. I was excited to say the least.

The album starts strong with the title track “Brightside”. My favorite track from the album and the first of three singles released in 2021. The song took a day to record, and as Spotify tells it, it’s about lasting, eternal love and being there for your beloved in the most difficult times. Lyrics and instrumentals intertwined with Schultz’s soulful vocals, effectively conveying those feelings.

Accompanying the song, the Musical clip brings a collection of real life couples. Conventional and unconventional, straddling various age groups and identities, it’s a celebration of love. Although I don’t have proper relationship experience yet, I find myself lost in the imagination as I listen to the song, feeling strongly for a partner who doesn’t exist. A testament to the power of song. Simple but effective, they even create an atmosphere that seems to match the imagery of the scrapbook art.

The next song on the album is “AM Radio”, the last single released before the album’s release. Pieces of the song – minus a chorus – existed during the time the band was working on its previous album, III. Ironic now because the most striking part of the song is the chorus. It stays in your head long after it’s over. According to Wesley Schultz, the song is “a hymn about the supernatural allure of calling into one’s life.” Completing this trope, “AM Radio” has the “biggest chorus [they’ve] ever recorded,” with Schultz’s vocals doing the heavy lifting. And to get the message across about pursuing one’s vocation, the Musical clip is set in the former high school of Schultz and Fraites and features clips of their early music recording days and high school students following their passions.

The next song is “Where We Are,” which was directly inspired by a car accident Wesley Schultz and his wife, Brandy, got into, according to the song’s Spotify storyline. The lyrics are the true story and the chorus sticks in your head. But it can also be seen as a metaphor for a relationship as a whole, again portrayed in Spotify’s storyline.

Next comes “Birthday”, which, as the name suggests, is a birthday song that one can dedicate to one’s partner on their special day. The change of pace after the birthday applause in the middle of the song is nice enough in my opinion, but the lyrics describe the song pretty well: “It’s okay.” I prefer to use my own words for my future partner whenever such a day comes.

The next song on the album is “Big Shot”, the second single released before the album. The band intended to make the song fast at first, but settled for a slower, ballad-like approach, according to the song’s Spotify script. I still listen to the song and think of my desire to succeed and my own man. It certainly feels like the song is challenging you in some way. Schultz also talks about how “we’re all big shots in our own story.”

This is followed by “Never Really Mine”, definitely one of my favorite songs on the album so far. It seems to be a song about two people who don’t quite fit a couple, who don’t quite make it work. An emotionally charged song about a familiar feeling: what’s not to love?

The next song is “Rollercoaster”, which is probably the best word to describe the album. A moody sounding song that seems to be about loss, I like it. Definitely a useful song to release emotions, if need be, with interesting lyrics.

The last two songs on the album are “Remington” and “Reprise”, and they’re really just one song when played back to back. “Remington” is only a minute and a half long, a basic “transition track”, and it blends smoothly into “Reprise”. “Reprise” serves as the final track, with lyrics reminding to the opening title track, adding circularity to the album. “Reprise” nudged me after a few listens, as it certainly sounded pretty average at first. It really makes you want to move and move your head a little.

Enjoy what you read? Get content from The Daily Cardinal delivered to your inbox

Overall the album is quite enjoyable, with room for it to grow on me and other listeners. The album definitely helps channel the inner romance. There are songs that I like, but others that I wouldn’t listen to as often. Based on previous Lumineers albums I’ve listened to, I can say Bright side doesn’t achieve the cohesive storytelling that the older stuff did. First time watching the “Ballad of Cleopatra” film and listen Cleopatra absolutely blew my mind. III is simply fascinating with its story arc revolving around three characters and several generations of a family riddled with addictions. Bright side does not reach such heights, but I encourage everyone to listen to it. No matter where you are, chances are you’ll find something you like. This is the result of experimentation and spontaneous albums like this.

The Daily Cardinal has covered the University and community of Madison since 1892. Please consider donating today.

Stop Making These 5 Mistakes With Your Student Loans