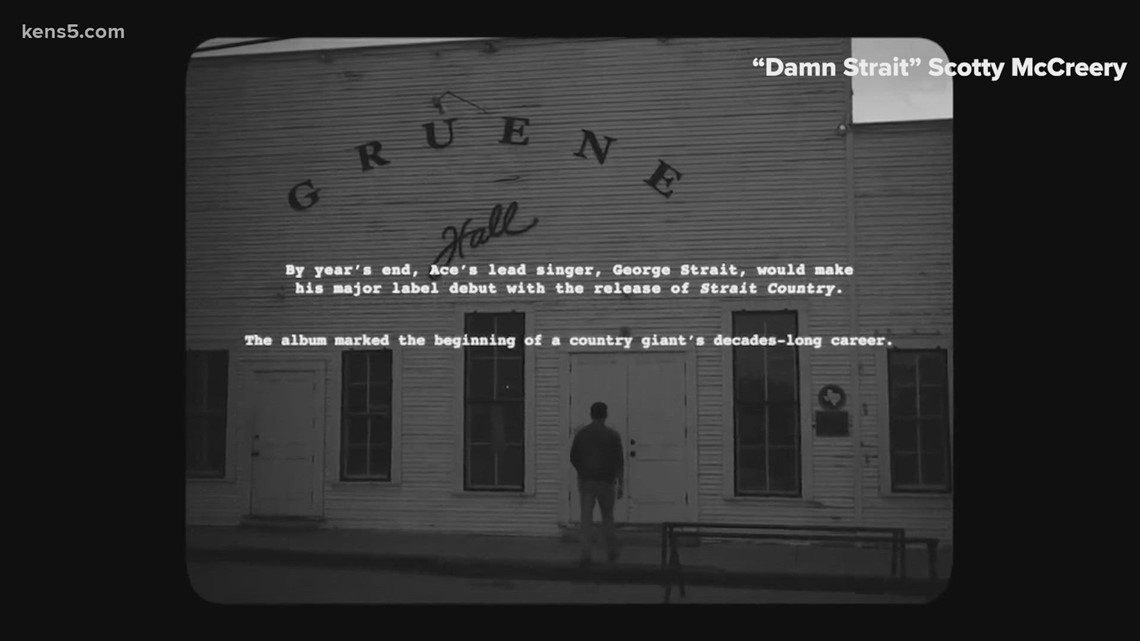 NEW BRAUNFELS, Texas — People from all over the world come to Gruene Hall to listen to Texas country music. Hundreds of superstars have taken the stage at Gruene Hall and used the historic ballroom as the backdrop for music videos, album covers and even major films.

Today, a famous country singer pays tribute not only to Gruene Hall, but also to the king of country music who made his stage debut at the famous honky tonk.

“‘Damn Strait’ is one of my favorite songs that I’ve had the pleasure of singing,” McCreery said. “It’s an ode to George (Strait) – all about being your classic country song and probably one of my favorite videos, if not the favorite video I’ve shot. Being able to do it there – Gruene, where George cut his teeth — was pretty awesome for a 28-year-old like me in country music. It meant the world.

McCreery said he knew he wanted the video to be filmed somewhere in Texas and realized there was no place with a better fit than where Strait debuted. with the Ace in the Hole Band.

“You just have to look at all the pictures on the wall and all the stories they have about George and how they got started,” McCreery said. “It’s kind of like the ghost of country music’s past, you know, right there on stage.”

“It encompassed everything about the venue and what makes it special, but it also harkens back to when George was here and how much fun we had when he played,” Nalley said. “And just to be able to share that with more people now about what that really means, and that means a lot to us.”

You can watch McCreery’s “Damn Strait” video on YouTube.

Milton Blake is preparing for “FEND” from April 2

Kabbage provided vital loans to small businesses during the pandemic