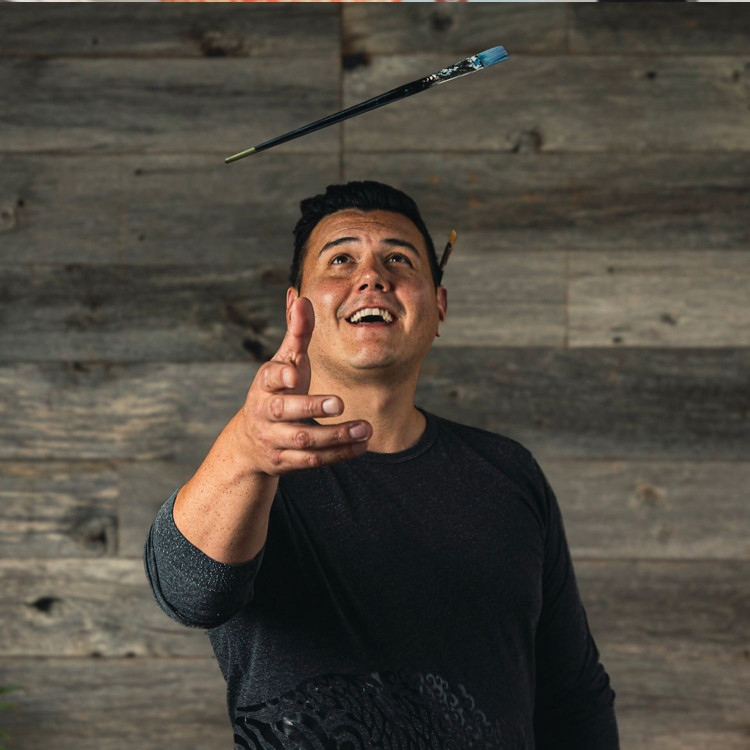 Exciting news for Northwestern Ontario, the designs of a local Indigenous artist will feature prominently on Team Canada curling vests at the upcoming 2022 Olympic Games in Beijing.

It was announced on the morning of Tuesday, November 23, 2021 that Patrick Hunter, a local Two-Spirit artist from Red Lake, had designed the jackets for the next Canadian curling team at the Beijing 2022 Olympic Games.

Hunter, an accomplished LGBTQ + artist and graphic designer who currently lives in Toronto, said he has been keeping this a secret since March 2021.

Asked about his thoughts and feelings regarding the massive accomplishment, Hunter said, “I’m definitely one of those people who doesn’t believe it until it actually starts to happen.”

The jackets are the result of a collaboration between Hunter and designer Kevin Hurrie, who made sure the designs were well placed on the jackets.

Hunter said he drew on traditional Ojibway themes from his familiar culture, but he also said he wanted to incorporate ideas from other Indigenous cultures.

Hunter’s designs feature designs such as the Four Sacred Medicines (braided sweetgrass, woven from cedar leaves, tobacco and sage) and, of course, the maple leaf.

Over the past year, Hunter and officials from Team Canada and the World Olympic Committee have worked together to create jackets that meet artistic and practical standards.

Hunter shared his feelings about the potential of his designs to be seen by millions of people: â€œI hope they resonate with many people in different places around the world. Hunter went on to say that he hoped this might inspire other countries to ask their own indigenous peoples for input and inclusive contribution.

â€œI didn’t know how to dream this big for myself when I started in grade ten art class at Red Lake District High School. But it was such a fortuitous experience, you know? The circle is complete, â€concluded Hunter.

The jackets that Team Canada will wear are also available for purchase, you can find them by clicking HERE.