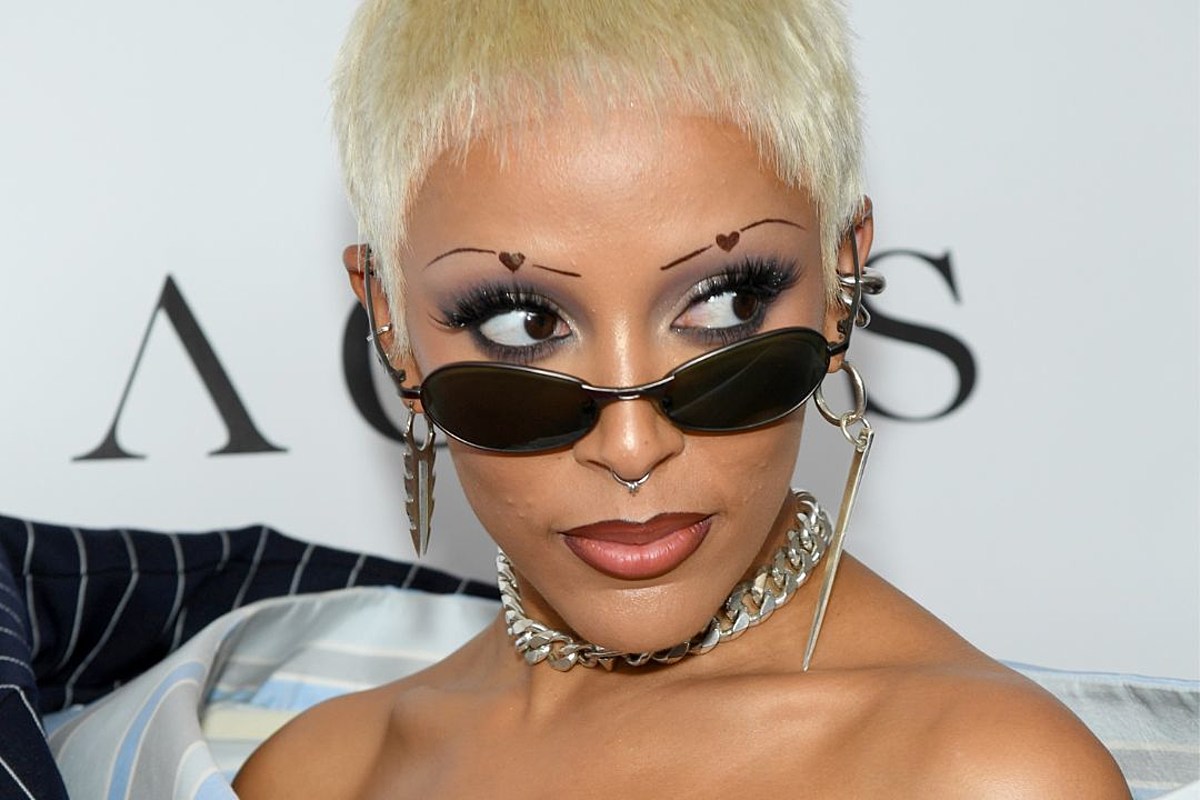 Doja Cat is one of the most musically diverse artists around – and she plans to continue that reputation with her upcoming album.

The singer was asked to drop some hints about her next musical era while speaking to CR Fashion Book.

“We have so many ideas and making those ideas cohesive is the challenge right now. I can’t really say much,” she shared, revealing that she’s “very into this German rave vibe of the 90s right now and it’s really fun.”

Giving a “hint to the album”, she described her next sound as “rave culture, not house”, and added that she’s “building a studio right now” in her house.

Stylistically, the genre fits Doja’s new aesthetic, as she recently shaved her head and eyebrows.

“I loved that stuff when I was a kid and now that I can express it (obviously I couldn’t buzz my head and wear a furry bra and have a navel piercing back then) , I kind of accept that,” she says of the crossover between her current personal style and her new music.

Check out an example of German rave music from the 90s below:

New album reveal comes after Doja tweeted in March that she was considering “leaving” music.

“I don’t care if I stop…I can’t wait to disappear. Everything is dead to me, the music is dead. It’s a fucking nightmare,” she wrote at the time. .

Doja has dabbled in other styles of music before, such as pop-punk and emo, and is known for her genre music that transcends R&B, pop and rap.

Although Doja has been classified as a rapper, many do not consider her strictly as a rap artist.

“[The Grammy committee] put her in the rapper category, and I don’t think she’s a rapper,” Remy Ma said in April.

While many of her biggest hits are pop songs, Doja rose to fame through her rapping skills in the Los Angeles underground rap scene.

Basically, Doja Cat does it all.

Women Breaking Down Barriers in Music