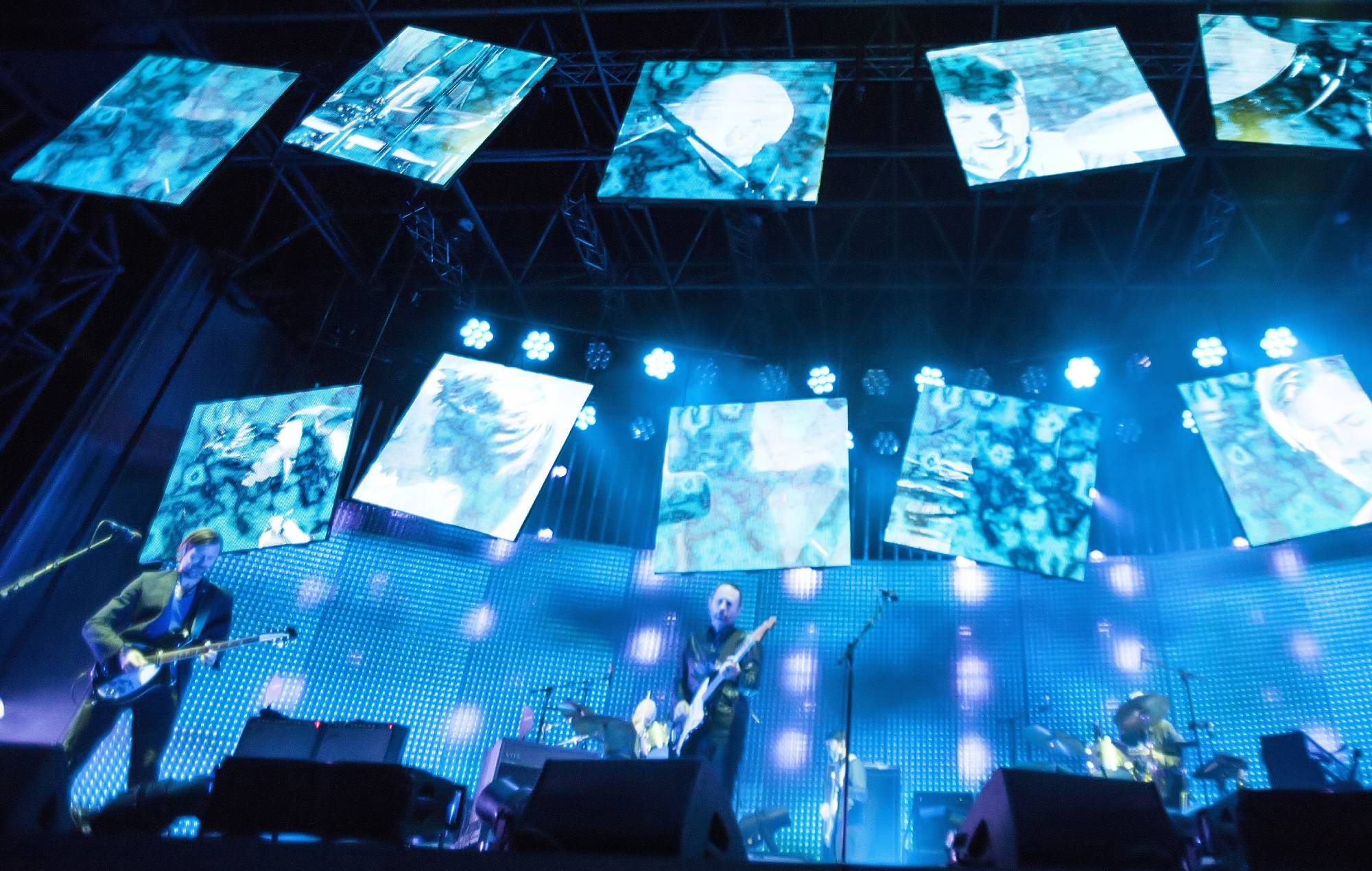 Music industry figures have hit back at recent government claims that the government had secured a visa-free tour for British artists to 19 EU member states, accusing them of ‘turning upside down’ and of “insane postures”.

There have been seven months of fierce criticism from the entire music industry after the government put the future of touring UK artists at risk when the Brexit deal struck with the The EU has failed to negotiate visa-free travel and EU-wide work permits for the musicians and the team. .

The government then announced yesterday (Wednesday August 4) that “short-term” visa-free and work permit-free travel will be allowed for musicians and performers in 19 European countries, while talks are underway with The other countries.

However, the music industry is angry with their attitude – arguing that there is still a long way to go. Ian Smith of ukeartswork and the #CarryOnTouring campaign said the government’s statement was misleading at best and in places “very wrong”.

“Yes, we have free visas and work permits in 19 countries – but what has not been said is that these free periods range from seven days a year to 14-30 days to 90 days, all with different reporting requirements, “he said. Recount NME. â€œThis means reporting this job to border police or local authorities before entering work.

He continued, â€œI’m tired of the rotation, and to be frank, it doesn’t help given that there is no visa waiver to eliminate the substantial problem with the 90-180 day rule. on visa-free nationals which all UK citizens must adhere to. by if they are not legally resident in an EU state and who are beneficiaries of the withdrawal agreement.

“In fact, if one takes into account the absolute fact that each individual will have used varying amounts of allowances in different jobs, groups or leisure time – all of which are deductible from the 90 to 180 day allowance to be able to getting into Schengen has made it easy so far.

He added: â€œLet’s be realistic! With the visa waiver deal negotiated and then some very urgent action in general, our creative arts and all those who support those great arts are severely hampered by this utter failure.

â€œLet’s be very clear: the UK government has not created any positive change by ‘engaging’ with individual EU states. They were simply told the truth about what it means to be a third country national without a visa. Regardless of who said in what way during the negotiations, we need action now and continued action at this! “

“Now we need one thing – for the UK government to really actively engage with the EU for solutions, not meaningless postures.”

This summer saw the launch of the #LetTheMusicMove campaign, with Wolf Alice, IDLES, Poppy Ajudha and Radiohead among 200 artists calling on the UK government to take urgent action to resolve the ‘No Deal’ that has landed on UK music – while Elton John went so far as to call the government “Philistines” for its approach. The Tory government’s attitude has been summed up by campaigners as “sacrificing a Â£ 6bn industry and its workers for Brexit and anti-free movement fanaticism”.

Annabella Coldrick is the Managing Director of the Music Managers Forum and the #LetTheMusicMove campaign, and said NME that “visas and work permits are just the tip of the iceberg”.

â€œThe music has effectively undergone a no-deal Brexit, which is a disaster for European touring,â€ said Coldrick. “The government presents as a positive element the fact that we only need work permits in eight of the 27 EU states, failing to mention the obligation to obtain ‘carnets’, the senseless ban on British vehicles making more than three stops on a European tour and dividing vans are illegal under the Trade and Cooperation Agreement.

She continued: #LetTheMusicMove is calling for an immediate transition package to support touring until these issues are fully resolved. Brexit on top of COVID is a disaster for the ability of artists to perform live and we have been abandoned by our government. “

Greg Parmley, CEO of industry group LIVE, agreed the government had not presented the full picture.

â€œWhile we are grateful to the government for clarifying pre-existing travel arrangements in a number of EU countries – something that we as an industry have been unraveling for some time now – it has not ‘There is nothing new in their latest announcement and we are still a long way from visa-free travel to the EU,’ he said.

“There are no new ‘frictionless’ deals and in reality, they are just a tiny piece of a much larger touring puzzle, and significant financial and bureaucratic barriers remain that put them at a disadvantage. disproportionately smaller and emerging artists. We fully support the government’s ongoing negotiations, but by then they must introduce a transitional support package, to safeguard the future of the live music industry until their “ambitious proposals” are realized. “

Featured Artists Coalition CEO David Martin was not thrilled by the announcement – arguing that it is “only what we already knew”.

“The fact remains that the UK music industry is in a much less advantageous position now than it was before January,” Martin told NME. â€œDespite the spin, this statement represents an admission of failure. Failure to keep promises made by the government regarding securing the future of our industry during negotiations, failure toâ€œ solve â€the problem , in line with the Prime Minister’s statement in March this year, and the failure to respect touring certainty in nearly a third of EU countries, eight months after the music industry was faced with a â€œNo Dealâ€ scenario.

He also claimed that there had been “no political representation in #LetTheMusicMove meetings on the issues for months – not to mention a signal that the government was” straining all nerves “to help our sector. billion pounds sterling ‘.

Martin continued, â€œIf there is a serious intention to address the issues created by the government’s failed negotiations, they must start by being honest with our industry and the public about the current state of European touring. For starters, the government is to publish full details country by country, outlining the exact requirements for artists and touring teams in the 27 member states. “

On their latest complaints, a DCMS spokesperson said NME: “We have worked quickly to ensure that artists and other creative professionals can easily travel abroad and have confirmed visa-free entry for short-term tours in 19 EU Member States, including France , Germany and the Netherlands.

â€œWe are now working with the remaining countries to encourage them to align with the generous UK provisions, which make it easy for creative professionals to travel here. “

Notebooks for non-portable instruments will always be necessary, as artists and teams have to fill out painstaking paperwork for all their instruments and equipment when entering and leaving an EU member state. It has been argued that small groups will not be able to afford the manpower to do this, and this will pose huge logistical challenges for less established artists.

NME also asked for clarification on what these 19 agreements mean for support staff and roadies, after figures from the UK live music industry warned that a ‘massive’ amount of jobs and taxable income would be lost to the EU under the current Brexit deal, due to this, making touring â€œalmost impossibleâ€ for road crews. Cabotage rules currently mean that trucks coming from the UK are only allowed to make one stop in an EU state before having only seven days to make a maximum of two more before go back home.

This all comes after predictions that new rules and red tape would result in huge costs for musicians and the team on future live music tours on the continent – which could create a glass ceiling that would prevent the rise. and talent development to have the means to do so. Amid months of inaction, the government has often been accused of treating the Â£ 6bn music industry as an ‘afterthought’ in Brexit negotiations, compared to the fishing industry of Â£ 1.2 billion.

A recent poll found a majority of UK voters wanted the government to do more to resolve the post-Brexit touring fiasco for musicians and crew, after more than 280,000 people signed a petition calling for the establishment visa-free tours in the EU for artists and crew.