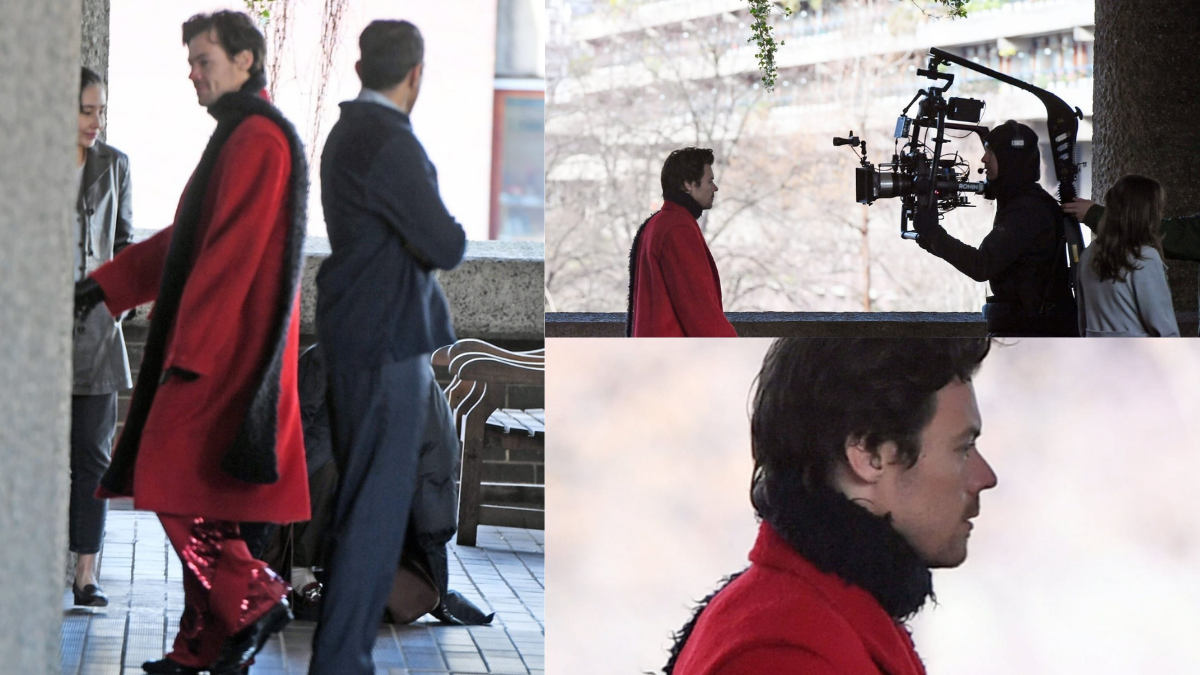 Grammy winner Harry Styles continues filming for his next album and fans can’t keep calm. He was spotted filming something outside Buckingham Palace a few weeks ago. He was seen in brown and blue polka dot pajamas with his signature nail polish.

Harry Styles is back in front of the camera as he filmed at another of the capital’s landmarks, the Barbican Center last Thursday. It looks like Harry is filming a new music video. Fans are going crazy getting new snaps of Harry. All this proves that HS3 is coming soon.

The 28-year-old British singer-songwriter is a fashion icon and never goes out of style. He was seen donning a red wool coat with a pair of matching chevron stripe sequined pants as he filmed among the brutal architecture. Everything about the look was so perfect that he accessorized his flamboyant ensemble with a long black wool scarf, black leather gloves and Cuban heel boots.

Harry shook his glare as a group of actors dressed in drab outfits joined him. He could be seen strolling behind the band in the iconic performing arts center.

Harry Styles is teasing fans with the announcement of his next album as he continues to film untitled music videos. Recently, fans got excited for a new update called “HS3 Announcement Video” which is going viral on social media.

On the other hand, Love On Tour 2022 starts from June 11 with special guests such as Arlo Parks, Koffee, Mitski, Wolf Alice.