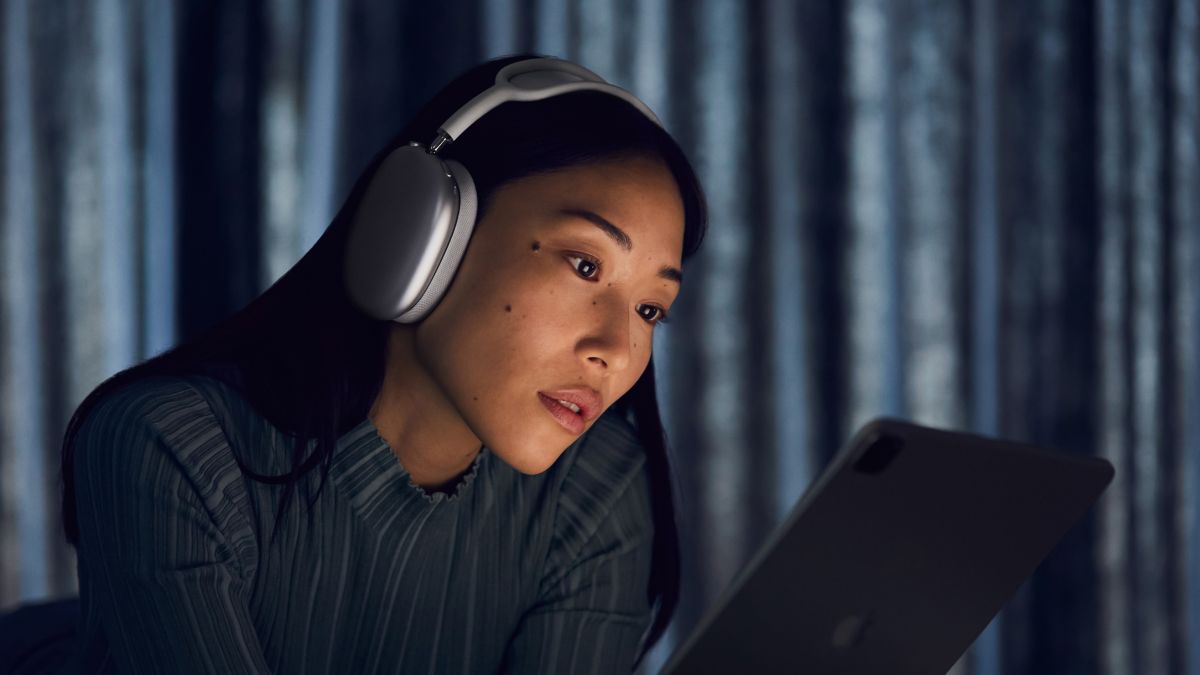 I tried iOS 15’s 3D audio for AirPods, and that would be wonderful … if it wasn’t so boring

One of the coolest things Apple has introduced over the past year is its Spatial Audio technology, which is basically its way of adding 3D audio, including Dolby Atmos, to AirPods Pro and AirPods Max. (and I would put money on that for the AirPods 3 too).

It looks fantastic with movies, and I tried it with Dolby Atmos music and came out converted. But there is actually a fairly limited selection of Dolby Atmos music in the Apple Music library, so I was really excited when Apple announced that iOS 15 would bring some sort of Spatial Audio “scaling” to the Apple Music library. stereo sound, giving it the feel of tracks that were actually mastered for 3D audio.

It’s called ‘Spatialize Stereo’, and I’ve been trying it since iOS 15 released earlier this week, and my verdict is: I don’t like it, and also it ruined the music part that I loved. before, what is it, Apple?

The problem isn’t the 3D effect, which is actually exactly what I was hoping for: the music essentially gets away from feeling like it’s being pumped through speakers that are right in your ears, and rather gives the impression that the sound is coming from the space around you.

Apple isn’t trying to apply ridiculous 3D effects to sound, and it’s fair not to – it just creates the feeling that the audio is being created by speakers in the space you are in. find, rather than through headphones. For me, this is one of the nicer parts of the Spatial Audio set – regular listening through headphones is a bit claustrophobic, by comparison.

No, the problem is how 3D is calibrated. You see, when you watch a video with a Dolby soundtrack on your phone and Spatial Audio kicks in, the system does something smart: it directs the 3D sound to the phone. It recreates a home theater system, where the TV would have a center channel underneath, then you would have left and right channels, rear channels, and a height. And if you turn your head to the left, the sound acts as if you did it in a real speaker system, with the center channel audio now coming from your right. I love it for the video – it makes perfect sense.

And reasonably, that is not how it worked for Dolby Atmos music in iOS 14. It didn’t orient the positioning of your phone, but rather created a kind of 3D sound bubble that just moved with your head like all music does when it comes from ‘a helmet .

But now here comes iOS 15. Not only does the “Spatialize Stereo” feature to convert stereo to 3D work by orienting to the position of the phone, but now all Dolby Atmos music does the same! Why would I want my music direction to be connected to the phone? They have absolutely nothing to do with each other.

If you have your phone in your pocket or bag or whatever, the system is sensitive enough to recognize it and not play the music behind you, but it always does not completely disable directional audio. Instead, if your head is facing a particular direction for a few seconds consistently, that makes it the new center position.

Picture yourself: you are walking along the road, looking left and right, the music is changing all the time around you. Every time you turn a corner, the music is stuck in one ear for a few seconds, before returning to the center.

I was listening to a podcast while I was going out, and I felt like I was walking with two friends who kept walking around me while talking, left and right, back and back. ‘before, in a way that would get a real person slapped in the face.

And then when you stop moving and take your phone out, suddenly the music changes again, because it wants to redirect to that. Exasperating.

So not only will I not be using Spacialize Stereo to make all stereo music cooler, but I’m also turning it off for Dolby Atmos tracks, which is a real shame.

But here’s the flip side: If you watch a video with Spatialize Stereo turned on, it’s really great that it locks onto the video, because then it works like you’re watching something with a Dolby Atmos soundtrack.

When the trailer for The MacBeth Tragedy dropped, naturally the first place I saw it was on Twitter. Spatialize Stereo added a lot more cinematic power to it than I would normally get when watching a trailer compressed an inch from its existence by social media servers. So I loved it then.

But we can save it

Here’s the other thing: it’s a global setting, with no way of deciding when you want to deploy other than digging into the multiple menu layers it takes to turn it off and on.

I had tried it with music, didn’t like it and turned it off. Then I saw that this trailer was coming and I turned it on for it. And then I forgot I turned it on and continued. The next time I put on my headphones and played music, I was annoyed that I now had to go through a bunch of taps.

But that latest annoyance made me realize that there might be a pretty good solution to the problem – if Apple can give us finer-grained control over functionality, then that might be whatever I hoped it would be.

What I’d like to see is a specific menu for this in the Settings app, with the option to enable Spatialize Stereo on a per-app basis – if you’re listening to something and the app is the source, even if this is the case in the background, you can activate or deactivate Spatialize Stereo according to your preferences.

And second, every app should have the option to turn head tracking on or off. These two options would solve all my problems.

I could configure it so that Spatialize Stereo always activates from the Music app, but never with head tracking. While I could say I also always want it to be active for the Twitter app audio, but with head tracking, because the only time I shoot audio is for a video.

It may be more complicated to implement than I imagine. In the meantime, I’d be happy to be able to turn off head tracking for anything other than video. As someone who has talked about the tech to anyone who doesn’t walk away from me once I start talking about it, I don’t want them to be turned off when they can finally try it out, and a awesome new format fades on the vine.

How to find and open the Harmonic Chest