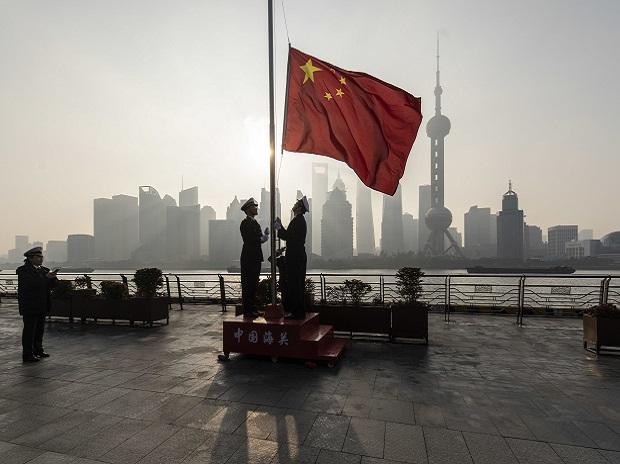 It’s not just home buyers in China; suppliers are now boycotting loans too


Some suppliers to Chinese property developers are refusing to repay bank loans due to arrears owed to them, a sign that the loan boycott that began with homebuyers is beginning to spread.

Hundreds of property entrepreneurs have complained that they can no longer pay their own bills because developers, including China Evergrande Group, still owe them money, Caixin reported, citing a statement received from a supplier on Tuesday. .

A group of small businesses and suppliers circulated a letter online saying they would stop paying their debts after Evergrande’s cash crunch left them out of pocket.

“We have decided to stop paying all loans and arrears and to advise our peers to refuse any request for payment on credit or commercial invoice,” the group said in the letter dated July 15, which was sent to the developer office in Hubei. “Evergrande should be held accountable for any consequences that ensue due to the chain reaction of the supply chain crisis.”

Evergrande did not immediately respond to a request for comment. Calls to the media office of the housing authority in Wuhan, the capital of Hubei province, went unanswered Wednesday morning.

The protest over payments is the latest sign of how a movement by homebuyers to boycott mortgages on unfinished homes in China is spreading to affect other sectors of the economy.

The development underscores a dilemma for Xi Jinping’s government as it grapples with who to bail out as the country’s housing crisis deepens: Relief for some borrowers could lead to threats of non-payment by a whole host of others . While complying with requests for support could put a strain on state finances, ignoring them could lead to a spiral of defaults as more and more borrowers refuse to meet their obligations.

The mortgage strike, which began in late June at a stalled Evergrande development in Jingdezhen, quickly spread to at least 301 projects in about 91 cities. The protests have exacerbated the country’s housing problems and threaten to derail attempts to revive the market amid an economic downturn.

Authorities have urged banks to increase loans to builders to help complete projects, and are also considering giving homeowners a grace period on payments, Bloomberg reported this week.

Buyers’ refusal to pay mortgages stems from the widespread practice in China of selling apartments before they are built. Over the past year, debt-ridden Chinese developers have been in crisis mode over debt repayments as funds have dried up and construction has stalled on more and more projects.

Chinese banks say the risks of non-payment of housing loans are controllable. So far, they have only disclosed 2.1 billion yuan ($311 million) of credit at risk. Still, GF Securities Co. expects up to 2 trillion yuan worth of mortgages to be affected by the boycott.

A video showing tanks lined up on a road in China has shocked the internet.

Citing local media, Reddit users claim the footage is from Rizhao, Shandong province and that the tanks were deployed to protect the local branch of a bank embroiled in scandal.

The problem first surfaced in April when the South China Morning Post (SCMP) in an article said that residents of Henan and Anhui provinces were denied access to bank accounts due to of a “system upgrade”.

Business Standard has always endeavored to provide up-to-date information and commentary on developments that matter to you and that have wider political and economic implications for the country and the world. Your constant encouragement and feedback on how to improve our offering has only strengthened our resolve and commitment to these ideals. Even in these challenging times stemming from Covid-19, we remain committed to keeping you informed and updated with credible news, authoritative opinions and incisive commentary on relevant topical issues.
However, we have a request.

As we battle the economic impact of the pandemic, we need your support even more so that we can continue to bring you more great content. Our subscription model has received an encouraging response from many of you who have subscribed to our online content. More subscription to our online content can only help us achieve the goals of bringing you even better and more relevant content. We believe in free, fair and credible journalism. Your support through more subscriptions can help us practice the journalism we are committed to.