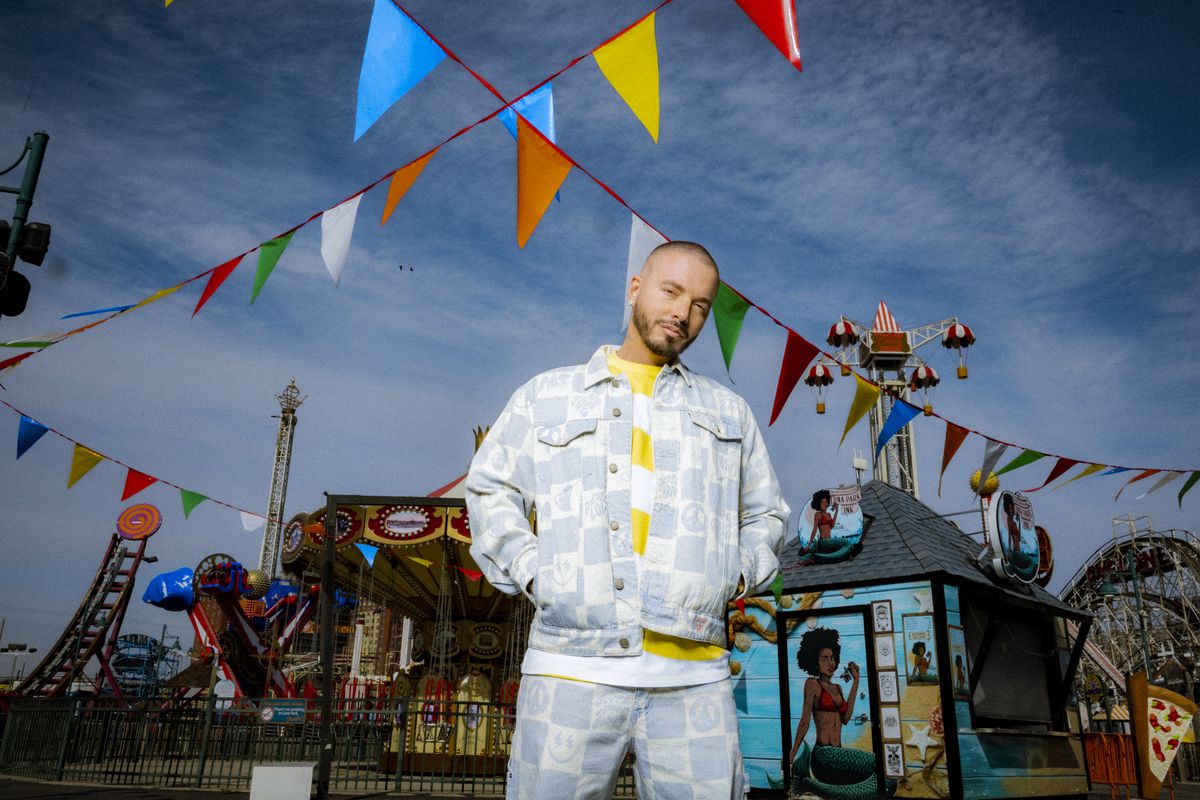 He has a broad smile, lime-colored hair, a white T-shirt and an elegant semi-transparent jacket. J Balvin, the Colombian reggaeton star whose life has just been turned upside down by fatherhood, is collaborating with Guess again, a return after designing a first collection with the brand in 2019.

The new clothing line is inspired by the documentary “The Boy from Medellin”, released by Amazon Prime last spring. In the film, the Colombian opened up to his fans about his struggles with anxiety, loneliness and depression. “For the people who saw it, it makes sense, because now they understand that it is a real problem,” he confesses during a Zoom call from New York. “I have no problem commenting on it. There have to be people with global reach making mental health visible. There are people who know what we’re doing, who follow us, and if there’s issues that they don’t feel comfortable talking about, that they’re afraid to address, and that being talked about, they can have more confidence.

The new collection, called Guess Originals x J Balvin Amor, includes words such as “peace” and “love” printed on pants, t-shirts and coats. “The other collection was very bright and colorful, that was how I felt at the time. In this case, I tried to do something more balanced: peace, love, well-being and mental health,” says Balvin, who repeats the same mantra throughout the conversation: “I’m very happy. I feel very comfortable with what I’ve done. When it comes to collaborations, for me , everything should have a purpose, in this case it is to feel better and bring peace and sanity.

His team banned mentioning the rapper’s name Resident. Two months ago, the former Calle 13 frontman took part in Argentinian producer Bzarrap’s BZRP Music Sessions with an eight-minute song poking fun at Balvin. The video has garnered millions of views on YouTube and appears to have stoked the artist’s fears. He recently suspended the tour that would take him to the United States. “I think it’s a good time to share more time with my people, with my family. And start valuing them. It’s priceless,” he says, explaining that this period has been a particularly spiritual and led him to embrace meditation.

“Now I am well placed. I have time to think,” he says. “In life sometimes you work and work and work and the reason you fail is because you don’t really stop to reset your head and get stronger, bigger, faster.” Balvin, now renamed José, took on a more relaxed tone, now centered on his family and returning to his roots.

His latest album, “José”, was released in September last year and featured artists such as Dua Lipa, Tokischa, Ozuna, Jhay Cortez, Skrillex and Arcángel. José Álvaro Osorio Balvín continues to dive into the world of Latin rhythms, now playing songs that are closer to him. “There are really two songs in which I talk about myself and my problems”, he notes, referring to compositions like “7 de Mayo” or “Querido Río”, the latter being dedicated to his new son -born with the Argentinian model Valentina. Ferrier.

“I still believe that I am an emerging artist, that I have a lot to learn, a lot to do, to think, to offer the world. This album was more personal. It even reflects my taste for a certain type of reggaeton,” he says.

Balvin says goodbye with a reflection on his current state, after the cancellations, the births and the controversy with the “spiritual guide of the movement”, as journalist Alokofe critically defined Residente: “I feel very good. Every day is a lesson. Being a father teaches me a lot about patience, love, how to seek the best for others, especially my son and my family. And being very aware of not not transfer my fears onto my children. Because fears, for the most part, are transmitted. They are not really part of us.