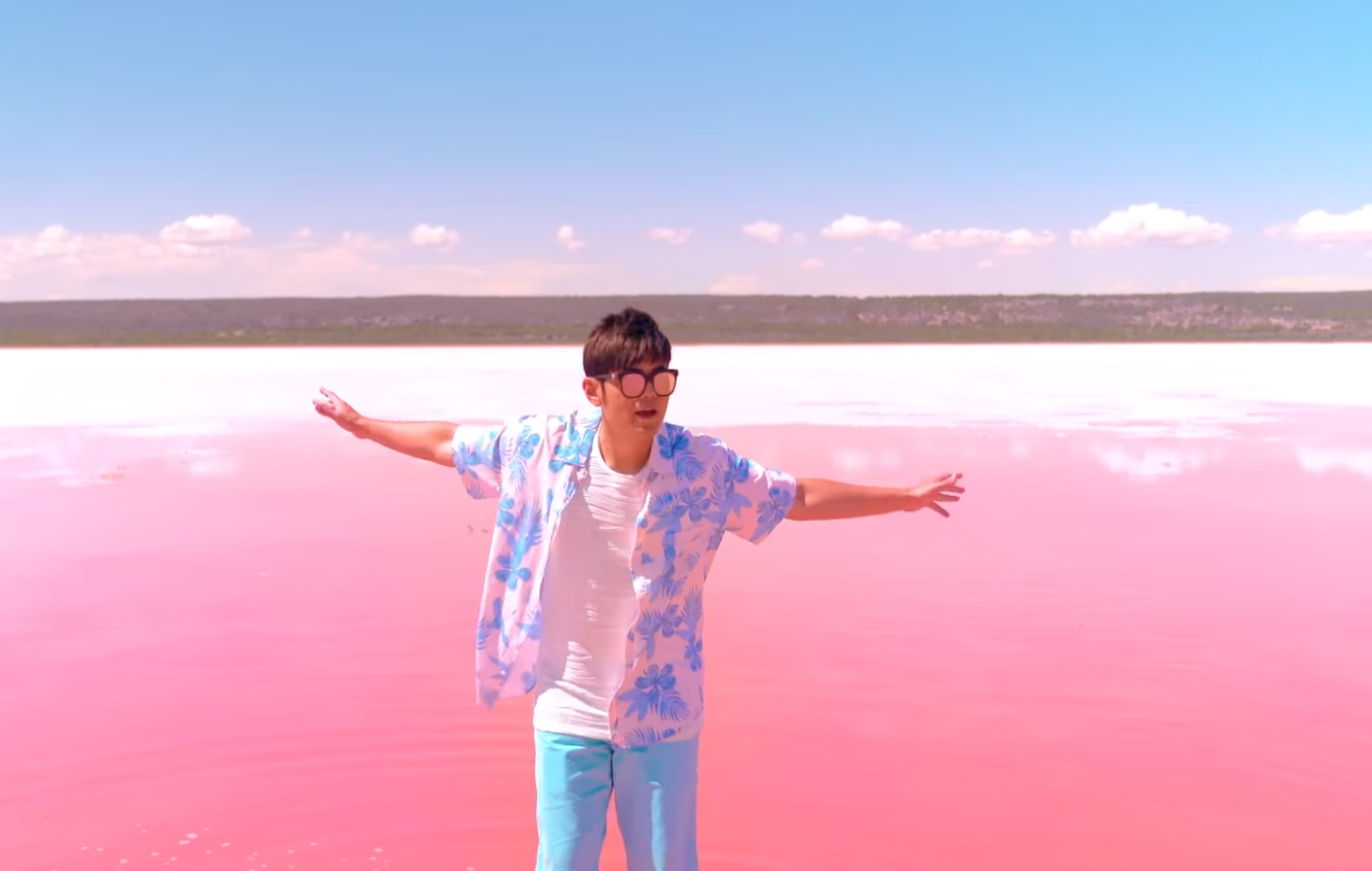 The clip was shot in El Salar de Galerazamba in Colombia, better known as Colombia’s pink sea. Chou can be seen lounging on a yacht as a short cameo from her five-year-old son, Jaylen, opens the song to the sound of a ukulele. Chou sings in the track, “Our stories are like dreams / Pink oceans / Flashing sunsets / This heartfelt time you stretch out” as the camera pans across the sea from the El Salar de Galerazamba salt mine, which only turns pink in February and March each year.

Watch the music video for “Pink Ocean” below.

Chou previously released a music video for the track “You Are The Firework I Missed” from the same album earlier this year in July following the album’s release the same month. Chou has also released music videos for ‘Still Wandering’ and ‘Greatest Works Of Art’ – the former filmed in Las Vegas and the latter, which features Chinese pianist Lang Lang, in Paris.

Last April, it was announced that the 43-year-old singer-songwriter would perform in Singapore for two nights at the National Stadium on December 17 and 18 as part of his “Jay Chou Carnival Tour”. This will be the first time Chou has returned to the city-state since his last gig in January 2020.

Chou is also set to continue her tour in Kuala Lumpur, Malaysia on January 15, 2023. It was originally scheduled to take place on January 7, but was postponed for a week. GHY Culture and Media, the concert organizers for Chou’s show in KL, have announced that previously purchased tickets will still be valid for the new date.