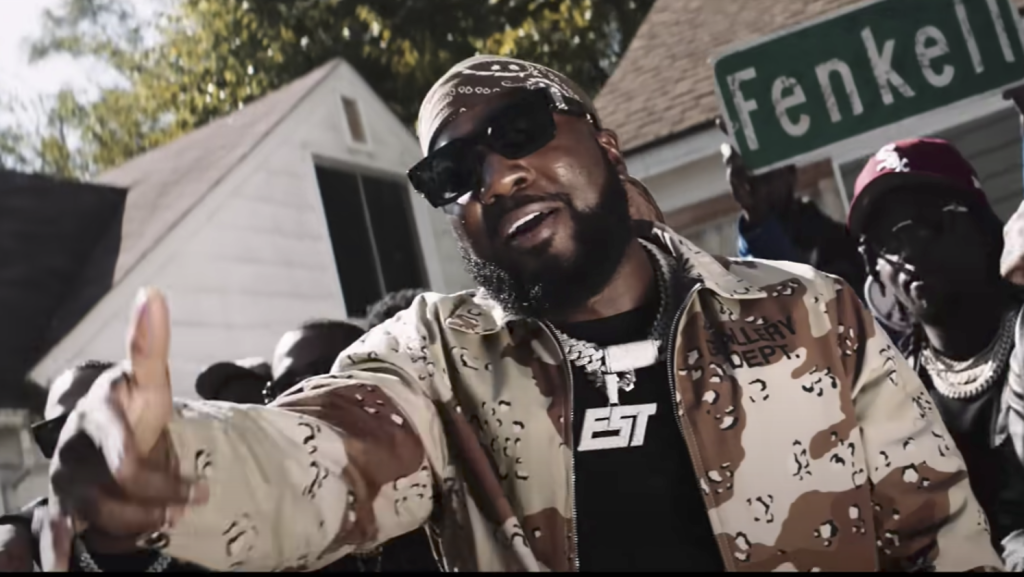 Jeezy has released the official music video for the track “Put The Minks Down”, assisted by 42 Dugg. While the latter does not make an appearance, The Snowman invades the Midwestern city for a showcase of high street luxury.

Directed by Detroit rapper Payroll Giovanni who appears alongside Jeezy, the authoritative song calls for “fat steppers only”. The Atlanta rapper walks down Fenkell Ave with the local support of a cheering crowd.

“I rolled out the red carpet for my dog,” Payroll Giovanni wrote on Instagram, sharing a snippet of the visual. “We shot a scene right between the Rj crib and the White House, you had to be there to know why these 2 cribs are legendary.”

“I will never be the person who tries to tell people what to do. I just know what I’ve been through and I know it wasn’t easy,” the rapper shared with Billboard to work with its young collaborators and to supervise them.

“I know there were times when I wish I could have called someone – but they didn’t understand my position because they’re not from the street and don’t do what I’m doing now. I gained a wealth of knowledge and wisdom about this. I hate when they see me and say “OG”. No, there’s nothing original about gangsta, don’t call me that. The big pal wants to see you earn more than he earned. OG will put you on dummy missions”

Check SNOWFALL project below and watch the video for “Put The Minks Down” above.