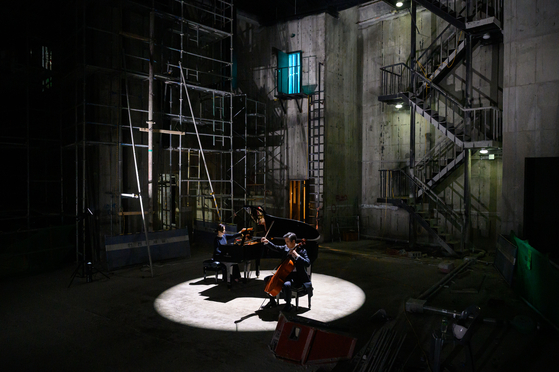 Seoul’s West District, home to hip neighborhoods like Yeonnam-dong, Hongdae, Sangsu-dong, and Mangwon-dong, hosted a classical music festival known as Mapo Performing Arts & Tourism (M-PAT ) Classical Music Festival over the past six years in efforts to change the perception that classical music is only for intellectuals.

This year, from October 5 to 30, the Mapo Cultural Foundation announced that it has decided to organize the festival on the theme “Green with Classic” as the concept of environmental, social and governance (ESG) management takes on importance. in the whole world. Some concerts will take place both offline and online, while others will only take place online to help fight Covid-19.

The main concert will take place on October 9 at Seoul Power Station, home of the Dangin-ri Power Station. It began operations in 1930 as the country’s first coal-fired power station. Following major overhauls in the 1980s, the plant ceased to use coal or heavy fuel oil. An underground thermal power station currently uses liquefied natural gas and the aerial site has been transformed into a park.

Various classical artists will perform, including the Forte di Quattro crossover quartet, Brass Arts Seoul and the Millennium Symphony Orchestra. The host will be classical music critic Jang Il-bum. While the music is playing, models will parade on a catwalk with recycled clothing designed by students from the Department of Textile Art and Fashion Design at Hongik University. The concert and parade will be broadcast live on YouTube.

The foundation said it had filmed video clips for the festival’s online programs. “Mapo Four Seasons” is a project honoring the country’s four seasons, which are becoming less and less distinct due to environmental pollution and climate change. Four music videos were produced for the project.

“Winter,” which will be released on October 5, features Bam Island on the Han River, which has become home to migrating birds. The clip will show what it looked like in 1960 when the city government razed the island to develop the Han River. Cellist Yang Sung-won and pianist Hong So-yu perform “Arpeggio Sonata in A minor D. 821” by Schubert, “Cello Sonata in G minor, Op. 19 “, and” Vocalise “and” Winter “by Vivaldi from” The Four Seasons. “The two musicians recorded the pieces in the Mapo Art Hall, currently under renovation.

“This year’s festival aims to highlight a message of environmental protection, which is a global issue,” said Song Je-yong, director of the Mapo Cultural Foundation. “Although the subject of the environment can be a bit heavy for a classical music festival, we wanted to show that classical music can also convey such social messages.”

For more information on the festival, visit www.m-pat.kr.