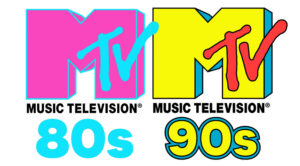 On March 31, MTV 80s and MTV 90s will launch to provide a dedicated home for the era’s defining hits across all genres.

They will join the network’s flagship music brands MTV Music and MTV Success, which will continue to be destinations for contemporary music releases. The broadcaster notes that it has “made these changes to reflect the current listening habits of our audience, and that means we’re saying goodbye to our MTV Classics and MTV-Based marks.’

Since its launch in 1999, MTV-Based was a fantastic platform to introduce and establish some of the biggest bands in RnB, rap, grime and more into contemporary British culture at a time when these genres were still considered ‘niche’.

“Black music now attracts a wide range of fans across the UK,” notes MTV, adding “we have refined our music channels to reflect how these genres have made their way into mainstream playlists. more generally”.

Contemporary black music and artists will continue to be featured on the flagship channel, MTV Music and on MTV Success. They also bring YO! MTV Raps: Rankedpresented by Poet and Snoochie Shy as a new bi-weekly show on MTV Music and MTV UK.

Early 21st century content from MTV-Based will find a new home MTV Success, alongside chart toppers across all genres, while old-school 90s content will transition to 90s MTV channel, showcasing a golden age of RnB and hip-hop.