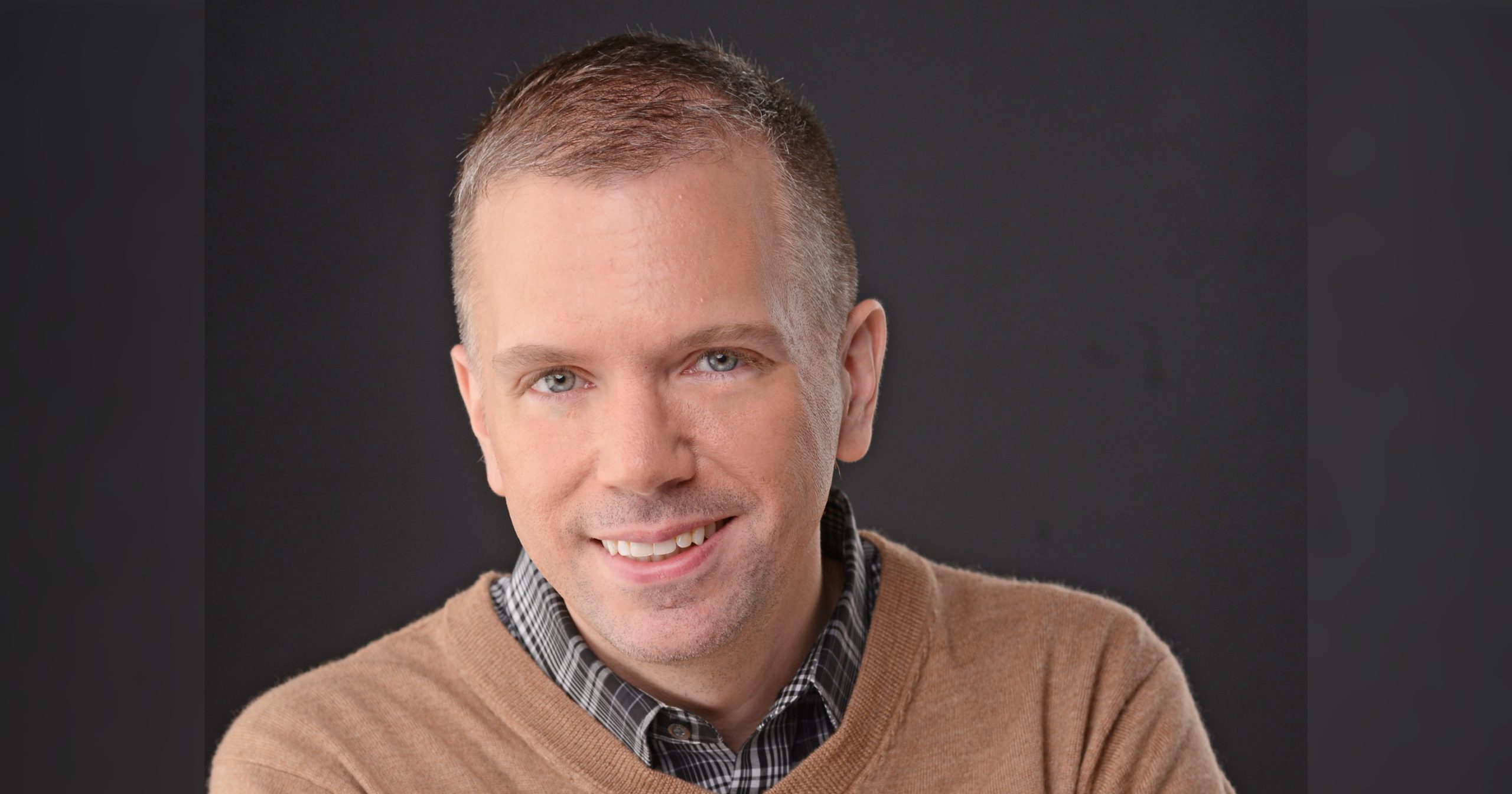 The weekly “My Music Row Story” column features notable members of the Nashville music industry selected by the MusicRow editorial team. These individuals hold key positions that help advance and promote the success of our industry. This column shines a light on the invaluable people who spin the wheels and keep the music playing.

This edition of “My Music Row Story” is sponsored by World stages.

Daniel Miller is Managing Partner of Fusion Music where he and his team guide the career of Martina McBride, riley green, Pink Lily, Pope Cassadee, Wool Hardyand pop artist Jeffrey James. Miller, who has over 20 years of management experience, opened Fusion Music in 2013 and aligned with Red Light in 2014. In 2015, he was named to the MTSU College of Media and Entertainment Wall of Fame and has been an assistant professor. the.

MusicRow: Where did you grow up? How did you get into the world of music?

It’s hard to believe that this August will mark 25 years since I moved here. I grew up on a small family farm in rural Missouri. My only exposure to the outside world was the local radio station and the three or four television channels picked up by our antenna. I was a finance and banking student at the University of Missouri in the early 90s when I befriended the owner of the local nightclub who was leading a band in Nashville. I was soon transferred to MTSU for their Recording Industry Management program. The day I moved out, my mum took me to lunch at old Shoney’s on Demonbreun and said, “I have no idea what you’re about to do, but I know you’ll understand. . 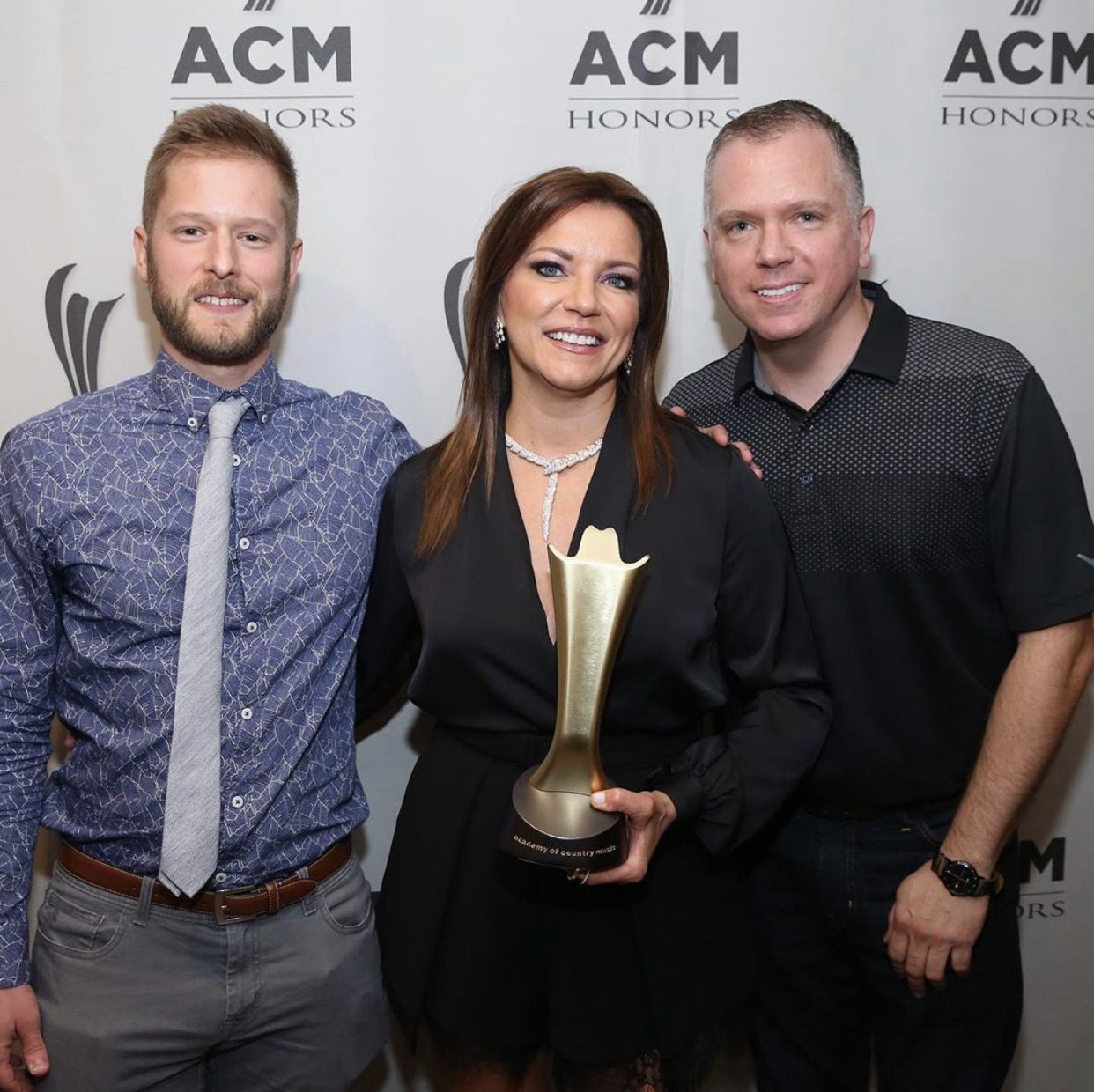 Tell me about your professional background so far.

I had only been at MTSU for a few weeks when I had the chance to volunteer for radio remotes at the 1997 CMA Awards. I met Wes Vausewho finally got tired of me pestering him over email and introduced me to Schatzi Hageman. They ran their freelance PR firms from a shared office space and gave me my first opportunity to learn the trade. It’s hard to even remember how we did so much without internet access or cellphones back then, but we did.

After graduating from MTSU, I took a position with Simon Renshawthe management company takes care of the ticketing for the Dixie chicks 2000 “Fly Tour”. Later that year, I switched to Borman Entertainment in the middle of the first Tim McGraw and hill of faith “Soul2Soul Tour”, assisting the tall, late Joni Foraker. I spent the next 13 years there in various support positions. In 2007, Lady A Walked in the door and it was my first real shot at being an overzealous daily manager. Gary Borman was a brilliant visionary to learn from.

When did you start your own business?

In the summer of 2013, I was convinced it was time to get out of myself, so I created Fusion Music. It was not the right time and I made every mistake imaginable, but no one could have convinced me otherwise. I quickly discovered what I knew and especially what I did not know. Six months later, Quran Capshaw extended the opportunity to partner with Red Light Management. His knowledge and intuition are highly underrated and Red Light has given us a place to incubate our business. We always work with them in all of our artist projects.

Today our list includes Martina McBride, riley green, Pink Lily, Pope Cassadee, Wool Hardyand developing pop artist, Jeffrey James. My original business plan had a concept for content development, but other than a few TV production credits, it hasn’t turned out the way I had hoped…until now. We recently started consulting on brand direction for morning hangover, and began looking at unscripted TV concepts. We are also about to begin construction of a content studio adjacent to our new office in Berry Hill. 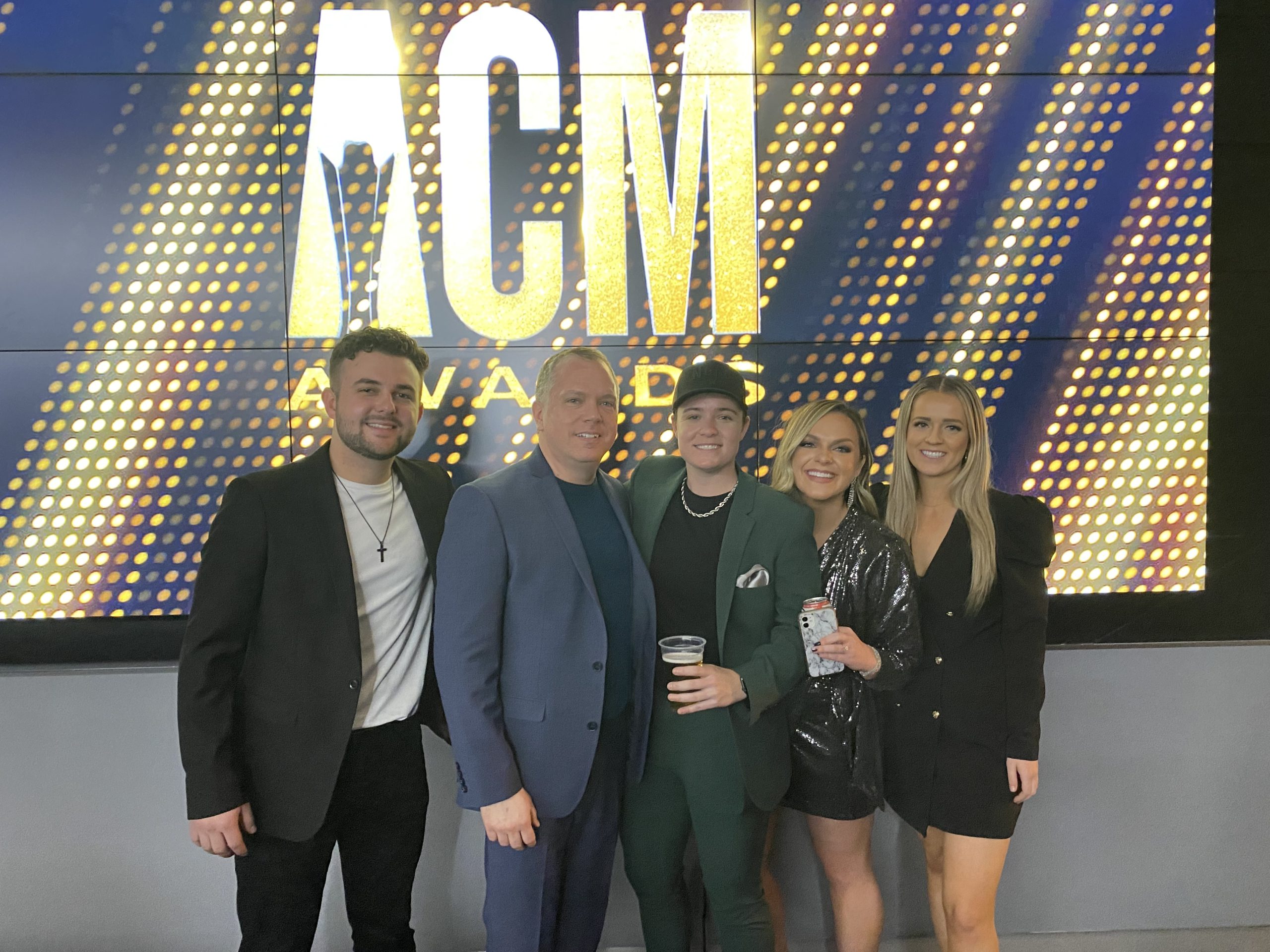 We’re not the biggest or the brightest – and we never will be – and I fiercely protect our team and the culture we’ve built. Chris Ferren was our first intern eight years ago, and he was recently promoted to Vice President of Artist and Business Development. He, Nicholas Garvin, Danielle Broome, Dylan McGrawour co-managers and the extended management team we work with are relentless in finding the best possible opportunities to set our artists up for success.

When did Martina join the roster? How did you meet each-other ?

We met Martina in the fall of 2015 and I said to her, “I know your catalog. I know your career. Working with an iconic artist was one of my dreams and over the past six years we have worked to leverage her incredible catalog and touring history.

You have several artists who own their own way like Lily Rose and Riley Green. What do you think is the ticket to developing a new artist different from your regular country artist?

It is important to me that each of our artists have a unique career path and that none are too similar or in direct competition with another. We don’t engage in a customer relationship unless we can make a meaningful difference. The vision is ultimately theirs and we work to surround them with the necessary resources to achieve their goals. Then we move the goal post. The secret recipe lies with the artists themselves, whether they know it at the start or not.

I don’t think it’s unique to us, but we look closely at each artist’s life – from childhood to the present day – and try to understand their values ​​and what drives them. The superstar armor comes off at the door and we work as partners to create the most authentic connection between who they are and what they sing. It’s easier said than done. 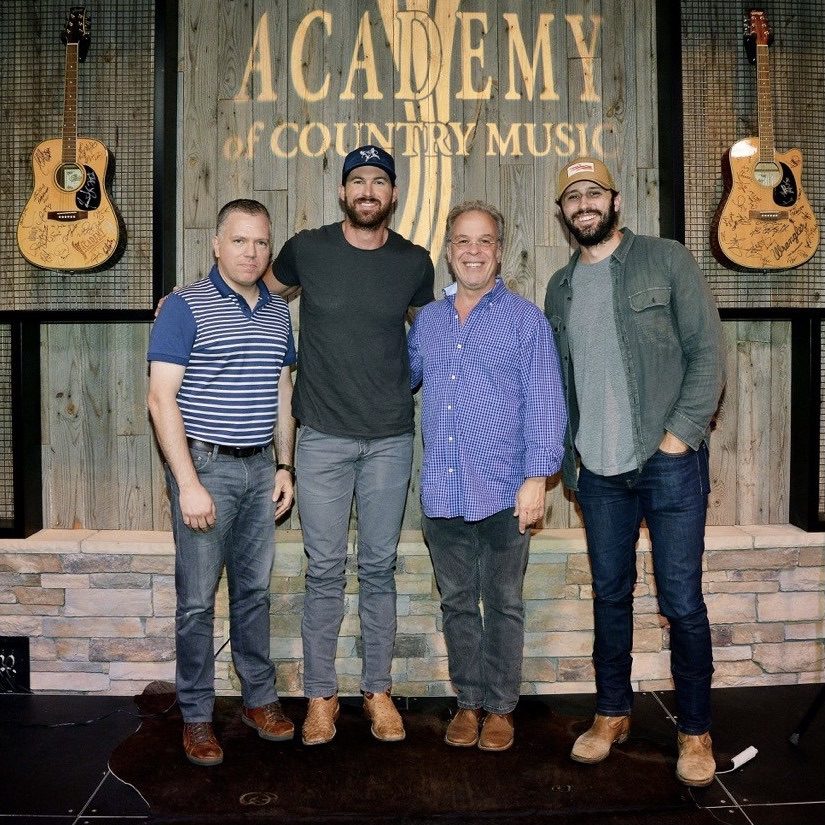 Riley Green knows her mark with laser precision and is a born artist. He already had an incredibly passionate team around him when we came on board a few years ago. Our goal has been to show how who he is offstage informs the lyrics of his songs.

WME brought us Lily Rose. I didn’t know his music yet and until then I had refused to use TikTok or take artists emerging from the platform seriously. She showed me how wrong I was. His progressive approach challenges us to find a unique cross section of fans influenced by a completely different generation of music and his fans don’t care about genre boundaries.

What might people not know about what you do?

Philanthropic work is requested from the team and expected from our artists. We owe our privilege and success to society as far as possible. The Academy of Country Music gave me the opportunity to serve on its board a few years ago and I quickly learned more about ACM Lifting Lives and the significant impact it has on our community. and countless other benefactors. After witnessing the insurmountable reach of their COVID-19 Response Fund, I was honored to accept a leadership position on the Lifting Lives Board of Directors.

When do you feel most fulfilled in your role?

We encourage all of our artists to be completely unrealistic with their dreams, and then we do our best to bring them to life. Every big “first” – single release, album release or tour – is unique and special. Nothing is more magical than standing in front of the house for the climax of a big show and hearing the thunderous crowd respond to the entrance of a performer on stage. This beats any amount of money you could ever win.

My other passion is mentoring people. I had the great privilege of being an adjunct professor for a few semesters at MTSU and loved sharing our daily experience with enthusiastic young students. Once my time is spent on Music Row, I hope to bore students with my stories. 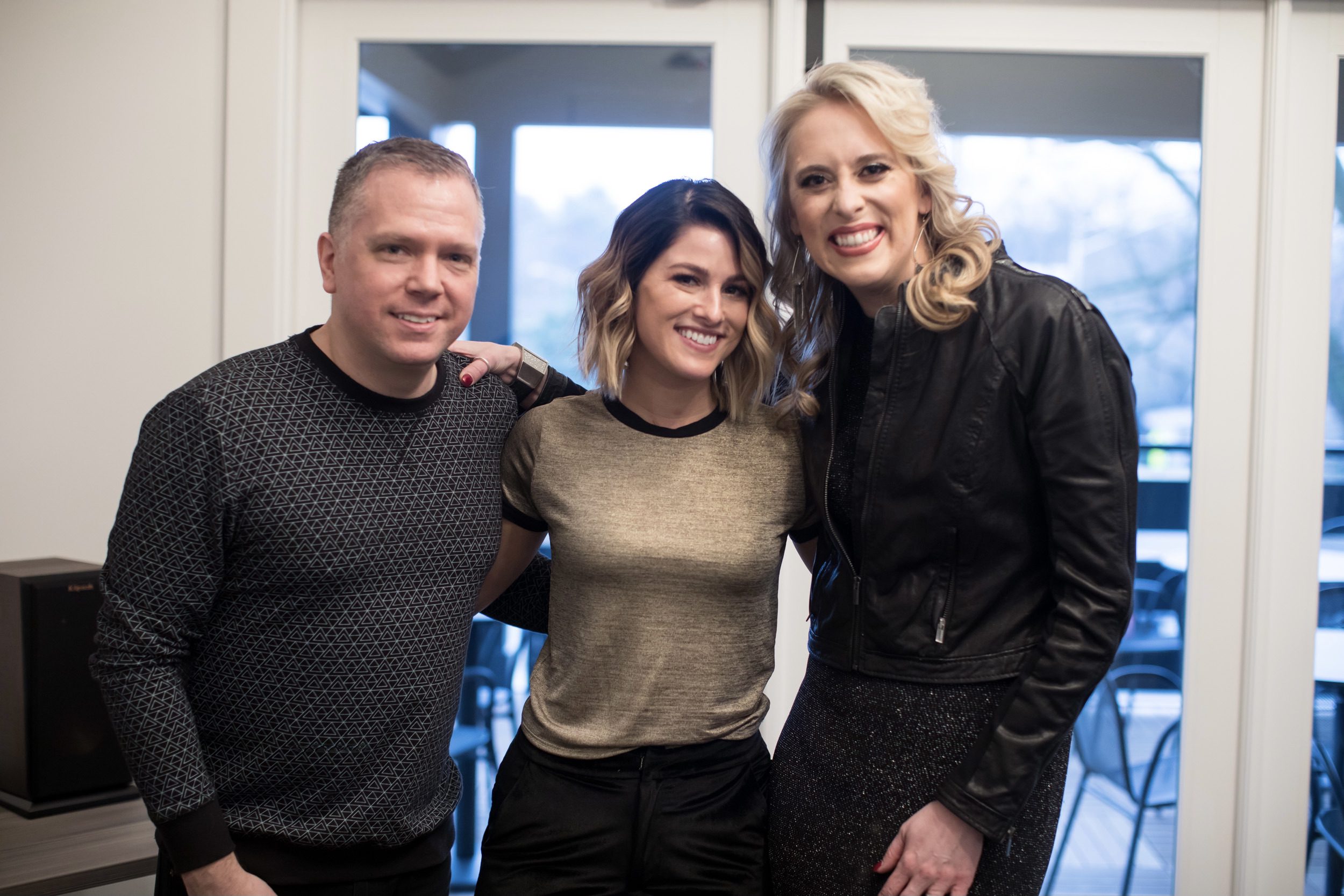 Who are some of your mentors?

I was raised by strong, independent women, so it’s no surprise that my mentors were too. Schatzi Hageman, Karen Krattinger, JoAnn BurnsideJoni Foraker, Donna Jean Kisshauerand Sandra Westerman gave me opportunities I didn’t deserve and taught me the trade. Ed Hardy, Joe Galante, Clarence Spalding and Paul Worley have been incredible resources over the years.

If you could change one thing in the Nashville music industry, what would it be?

We have a community of songwriters in Nashville like no other in the world, but we can’t find a way to pay them properly for their works that fuel the entire industry.

What is one of your favorite experiences in the industry that you will share for the rest of your life?

This job is not real life. Most of the world works a lot harder for a lot less money. We’ve been blessed with artists who tour the world and it’s overwhelming when an audience in a foreign country sings every word of their songs.

LB Cantrell is Director of Operations and Content for MusicRow magazine, where she oversees, manages and executes all company operations. LB oversees all MusicRow-related content, including MusicRow’s six annual print issues and online news. She also leads specific large-scale projects for the company, hosts annual company events, and more. LB is a Georgia native and a graduate of Middle Tennessee State University’s Recording Industry Management program.

Inflation and student loans weigh on voters in Wisconsin, Nevada and North Carolina

Mogli on his clip “Mirror” and his album “Ravage”