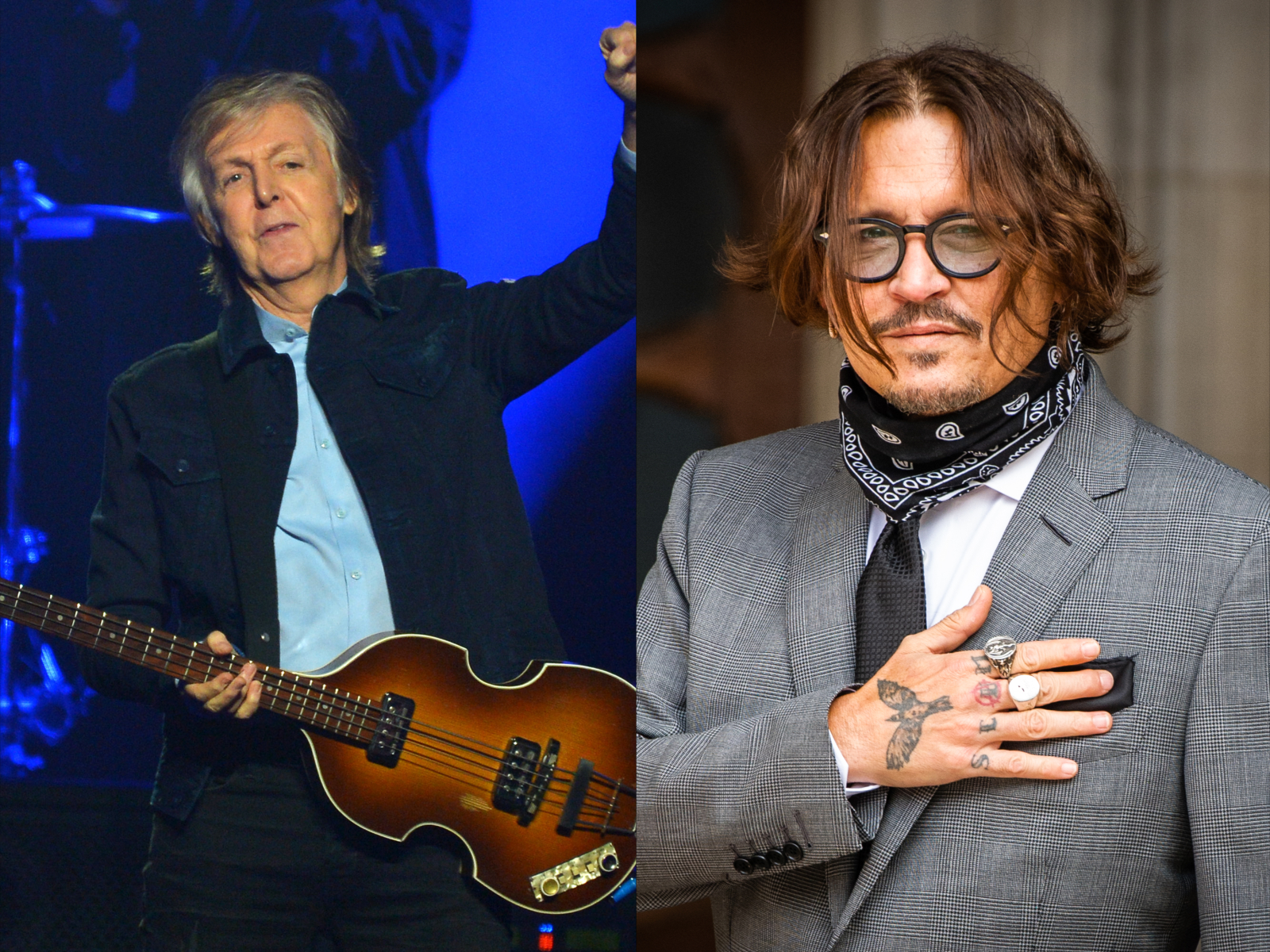 Paul McCartney has apparently sided with Johnny Depp as the image of the Pirates of the Caribbean actor is shown on the big screen during a recent concert.

As the lawsuit between Depp and his ex-wife, Amber Heard, continues, many tune in to the various channels streaming the event as it unfolds in Fairfax County, Virginia.

Depp is suing Heard for $50 million after his op-ed published in The Washington Post. He claims the op-ed cost him many film roles, as it hurt his career. During the trial, the jury heard testimony from Depp, as well as countless witnesses. More recently, Heard and his attorneys had asked to dismiss the case due to lack of evidence, but the judge denied the dismissal. Since May 4, Heard has been testifying.

At a recent Paul McCartney concert, video of Depp appears on a large screen behind him as he plays guitar while McCartney sings “My Valentine” and plays the piano. The video was uploaded by Jill Vedder, wife of Pearl Jam’s Eddie Vedder.

“It might be controversial posting this video with JD Don’t care,” she wrote in her caption, Know him only to be a gentleman.. And even though I support women and the “me too” movement , I also know women who have destroyed the lives of innocent and good men.”

McCartney and Depp have a history of friendship as the actor appeared in some of the former “Beatles” singer’s music videos such as “My Valentine” alongside Natalie Portman and “Queenie Eye.”

McCartney also made an appearance in Pirates of the Caribbean: Dead Men Tell No Tales. He explained how he owed Depp favors since he’s been in his music videos in the past. McCartney portrays Captain Jack Sparrow’s Uncle Ted, as they reunite in a prison scene.

“I’ve known Johnny for a while. You know, I always looked up to him as Jack Sparrow and he said, ‘I would love to have you in the next one,'” McCartney said in a behind-the-scenes look. . the film.

As the video has gone viral on social media, fans are thanking McCartney for his alleged tribute.

“Tears!! The support for Johnny Depp is REAL. Thanks @PaulMcCartney,” one Twitter user wrote.

One user tweeted, “I LOVE IT SO MUCH!