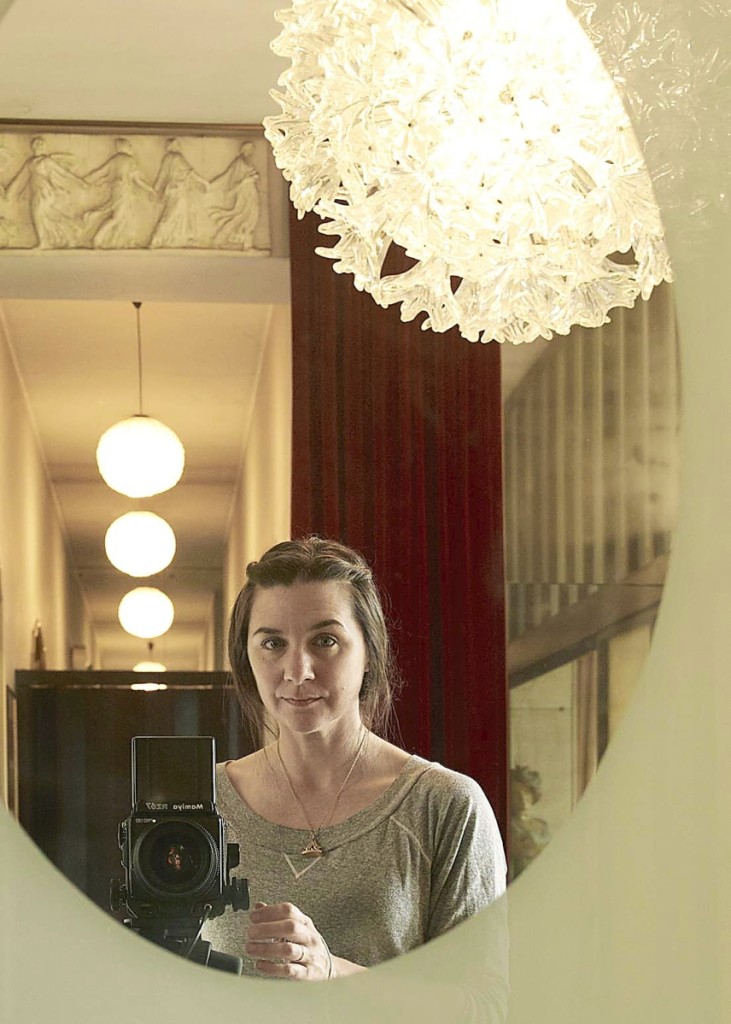 Artists’ homes and studios have long fascinated photographer, artist and writer Leslie Williamson, who sees the rooms we live in as a portrait of ourselves. In his latest book, Still lifes: in the homes of artists, great and unknown, recently published by Rizzoli (www.rizzoliusa.com), Williamson invites us into the creative spaces of 15 artists – living and dead – across the world. We sat down with her to get a taste of her craft and what this new book brings to the coffee table.

What was your inspiration for the book?

Dead natures was born out of my love of visiting artists’ homes and studios and witnessing the creative line that invariably goes from their works to the spaces they inhabit and create. This is something I have been doing for so long that it would be impossible to identify a real starting point. Maybe it started when I was 19 and first visited Monet’s Giverny, but it was probably further than that.

How long did it take you to write / photograph / publish the book?

It took me a while – about seven years from start to release. I decided to make a real book of all the preserved houses of my favorite artists around 2014. The first photo shoot I did specifically for the book was Barbara Hepworth’s studio in 2015 and I finished the last shoot photo from Isamu Noguchi’s house in December 2019. I wrote the text after that and finished it in spring 2021.

You have already published other books. Was there something different about the way you approached ‘Dead lives’?

Well, Dead natures is one of those books that I knew was going to be hard to do, so I thought a lot about it before deciding to do it officially. I knew my desire was there, and that I had been doing it unconsciously for years, but by doing my other books I had learned a thing or two about the legal side of things. Dealing with people individually is always my preference. Dead natures It’s all artists’ houses that have been preserved, so basically I would never meet the artists themselves. I made an effort to manage spaces where I could talk and interact one-on-one with the heir artists, but I knew it was more likely that I would deal with estates and artist foundations. I didn’t like this potential bureaucracy and the copyright issues I anticipated also seemed to be a potential headache and would likely be costly. Finally, my desire won. I knew it was worth it and the hoops I might have to go through. I always discover so much that has been overlooked when I shoot. I love the little things and quiet corners that get overlooked, and it’s always a pleasure to share them with my readers. All that other stuff fades away at the end anyway.

The book only presents 15 artists’ homes and studios. How did you reduce the number of artist studios that you featured in the book?

Well, I’m always looking for a very special type of house or studio to photograph and feature in my books. I am looking for soul spaces. Houses that still hold the essence of the artists, even after their departure. They are not that easy to find. The screening process took some time. I have visited many more houses than I have photographed. In the end, there were about 18 that I had in the running, and then I tweaked the ones that I thought were talking to each other in some way or another to create a nice diverse mix for the book.

Which ones did not make the cut? Why?

I wouldn’t say it was missed, but there is one chapter that was complete and ready to go but ended up not fitting due to the number of pages. I call it “The Lost Chapter” and I will feature it in its entirety on the Dead natures Portal, an online accompaniment to the book that I am launching in early October. And other artists’ spaces will probably end up there too.

If you had to choose an interior from this book that struck you the most, which one would it be and why?

Oh my God… I still dread that question. I have to fall in love with each artist and their space to even include them in one of my books. It’s an emotional connection for me with everyone, so I really love them all.

I will say that the last studio I shot for the book was Joan Miró’s in Mallorca and it was truly a magical experience. I knew Mirô’s work, but not so much his process. His innate understanding of his creative process and the discipline he worked with inspired me immensely. He continues to inspire me to this day.

Tell me about the title, ‘Still Lives’

It’s a nice play on words. It evokes the artist, the lives lived in spaces, and it also touches on the truth that the spirit of an artist always lives through the art he has created.

Are many of these spaces accessible to the public?

Yes! I’m happy to say that many of them are and I hope my book inspires people to go and visit the spaces of these artists for themselves. I have included all the information to visit at the end of the book.