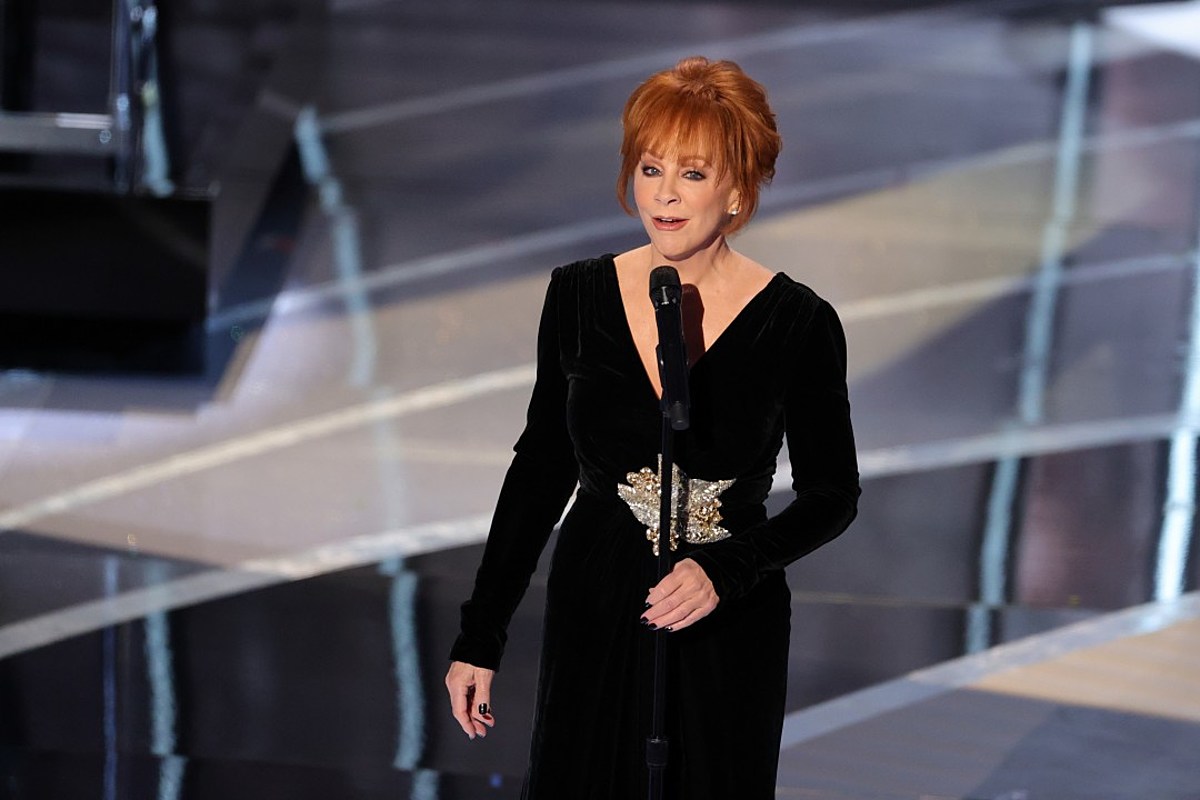 Reba McEntire sings ‘Somehow You Do’ at the Oscars

Reba McEntire took the stage at the 94th Annual Academy Awards on Sunday night (March 27). Gracing the stage at the Dolby Theater in Hollywood a day before her 67th birthday, the country music icon delivered a heartfelt performance of the feature’s ‘Somehow You Do’ four good dayswith Glenn Close, Mila Kunis and Stephen Root.

Standing on a riser amid a shimmering backdrop, McEntire dazzled viewers in a black Dolce & Gabbana maxi dress that featured a silver belt buckle. She poured her heart and soul into the lyrics of the inspirational ballad, which is all about finding hope, strength and resilience during troubling and dark times.

She was joined that night by an all-star band that included Travis Barker, Sheila E, Robert Randolph and Kevin Jonas.

Then the Oscars followed a brief moment of silence for the people of Ukraine, who faced basic needs such as food, water and shelter in the midst of war.

This isn’t the first time McEntire has taken the stage as an Oscar performer. On March 25, 1991, she performed “I’m Checkin’ Out” from the comedy-drama film, Postcards from the edge. Already an award winner, McEntire was at the peak of her career at the time, but also grief-stricken since seven of her band members and her tour manager were tragically killed in a plane crash days earlier.

Before returning to the Oscars stage in 2022, the singer told Taste of Country and other outlets that she initially “didn’t feel excited” about the new opportunity to attend the Oscars because She felt a “heaviness” in her heart. She then said that she realized later that she had to “surrender” it to God and let everything happen as it should.

“I said yes to the Oscars in 1991, then the plane crash happened,” McEntire recalled Thursday, March 24, “And then I went to sing the song because I felt [road manager] Jim Hammond talks to me and says “Go ahead, do it for us”. We walked out of this heartbreaking hotel. ‘”

“Everyone said, ‘Aren’t you excited, aren’t you excited? I didn’t feel excited,” she added. “So I finally got it yesterday, I thought if I got too excited something might happen, so I said, ‘God, I’m just gonna let you down. I don’t know why I didn’t the first time I felt this hardness or heaviness in my heart. So I said, I’m giving it up to you, let me have a good time, let me sing it like I’m supposed to sing it, like you want me to sing it. It’s your will, not mine. And it took a hundred pounds off my shoulders. We went to rehearsal. I had a good time.”

While on the Oscars red carpet, McEntire said she felt butterflies in her performance.

“Oh my God. You have the crème de la crème here tonight, and everyone is watching,” she said People. “So here it is. It’s going to be a little nerve-wracking. But I’m ready for it!

Written and composed by 13-time Oscar nominee Diane Warren, “Somehow You Do” was nominated for Best Original Song alongside contenders “Dos Oruguitas”, “Down to Joy”, “No Time to Die” and ” Be Alive”, with “No Time to Die” winning the award.

McEntire was one of the few performers at the 2022 Oscars. Beyoncé, Billie Eilish and Finneas, and Sebastián Yatra also took the stage for performances. McEntire wasn’t the only country artist on the night either – Keith Urban also offered his support to his wife, actress Nichole Kidman, who was nominated for Best Actress for Be the Ricardos.