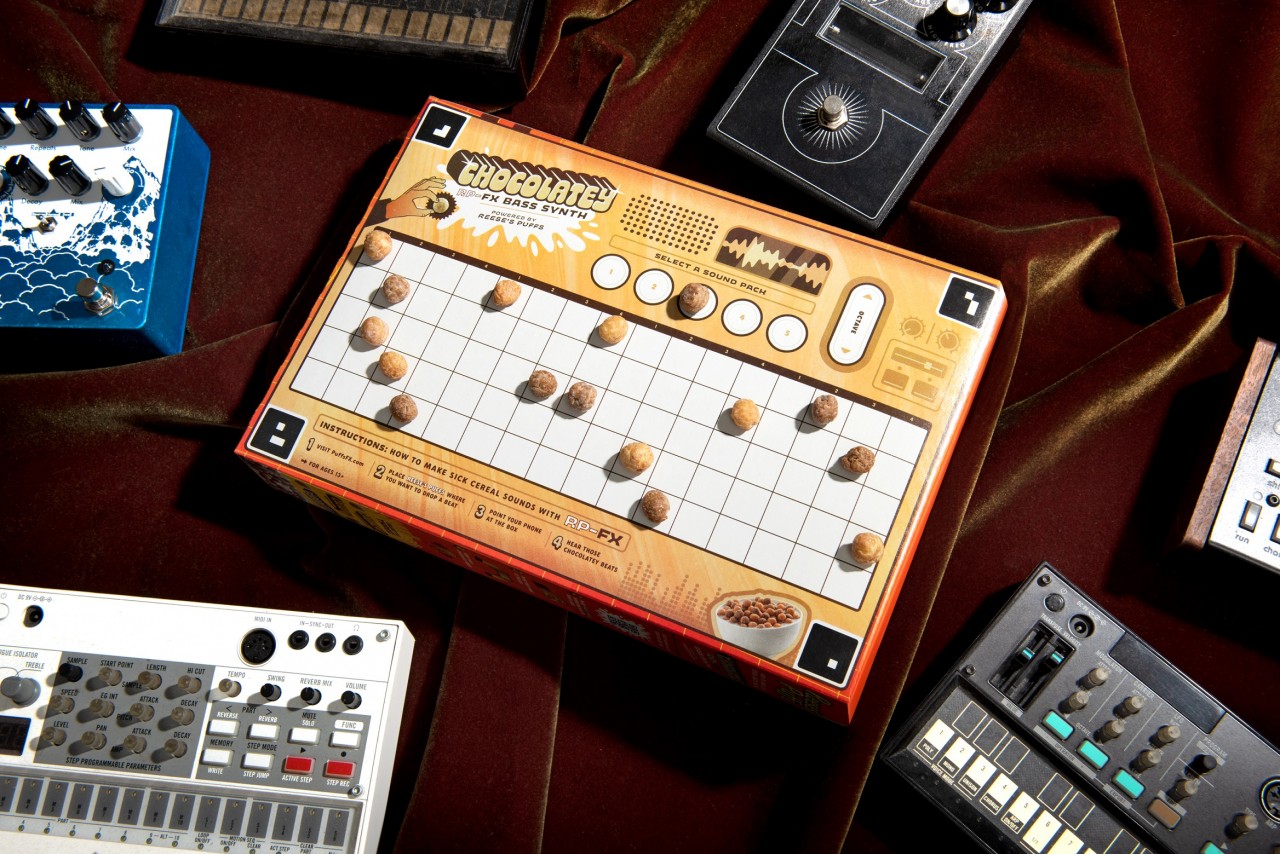 Reese’s Puffs expands its sensory range from taste to sound with the release of a music box harnessing the brand’s identity to allow fans to create their own mellow beats.

By reusing its iconic orange and yellow packaging, the cereal brand adds crunch to popular music with special edition packaging.

Fans are encouraged to create their own breakfast rhythms by placing cereal on the box, which when paired with the accompanying augmented reality app at PuffsFX.com can create unique tunes governed by the positioning of the individual puffs.

More ambitious musicians can combine the three boxes to create more complex melodies, which can then be shared for the world to enjoy with customizable music videos inspired by Reese’s Puffs.

Professional-minded musicians wanting to get out of the box can get the RP-PRO, a synthesizer designed to look like a cereal box rather than the other way around.

Budding performers can turn Reese’s Cup dials, press puff buttons, and hit chocolate drum pads – and it even includes a secret compartment containing a bag of Reese’s Puffs for emergencies.

Mindy Murray, Senior Director of Marketing at General Mills, said, â€œReese’s Puffs are known for their musical heritage, encouraging our fans to ‘eat them up’, from our classic Reese’s Puffs Rap to the recent remix of Lil ‘Yachty. Now we are giving fans the opportunity to make their own music. RP-FX Boxes are a fun way to inspire creativity through music, technology, and of course, Reese’s Puffs cereal.

Josh Fell, Anomaly LA Partner and Creative Director, added, â€œAs a child, I was obsessed with reading the backs of cereal boxes. Word search? Look for. Labyrinth? Resolved. Again and again. We realized that our box can be more than that. It can be a peanut butter chocolate canvas for creativity. Not kidding creativity. Legitimate musical expression. Itâ€™s so much fun. And I can’t wait to see what people think of it.

// Featured in this article