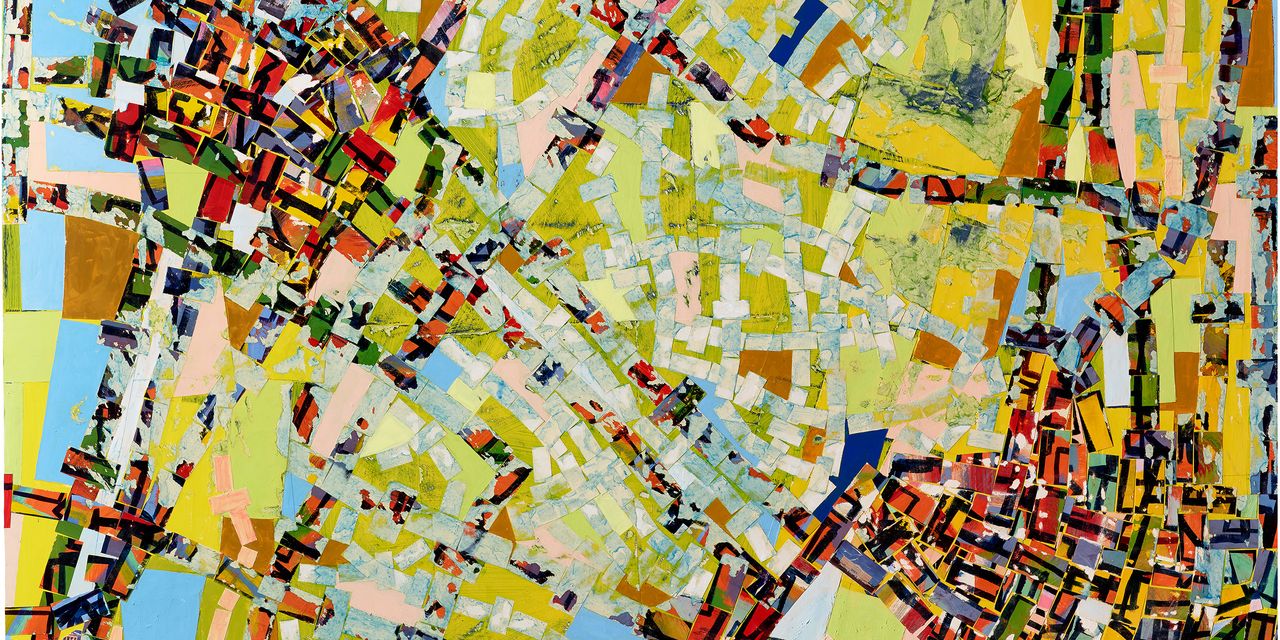 
A new large-scale collage by Houston-based artist and community organizer Rick Lowe, titled Square Victoria Project # 1 (2021), was made available to the public on Friday on the Gagosian Gallery digital platform.

Lowe, 60, who recently joined the gallery’s list of artists, is participating in Gagosian’s “Artist Spotlight” series until Tuesday. A video featuring an interview with Lowe at his Houston studio was released on Thursday.

Launched in 2020, Gagosian’s Artist Spotlight takes place once a month, showcasing new work from an individual artist and a selection of archival content about the artist. Former artists featured include Ed Ruscha, Theaster Gates, Urs Fischer, Mark Grotjahn, Damien Hirst and Jenny Saville, among others.

Lowe is best known for his “domino style”, in which he superimposes paintings in the shape of dominoes; and the Townhouse project in Houston, which turned Third Ward, a block and a half of abandoned shotgun homes, into a cultural district.

The project is considered an important example of art from social practice, or what artist and German Green Party co-founder Joseph Beuys called “social sculpture”.

The Houston Project also led Lowe to start or participate in other community businesses in the United States and abroad, including the Watts house project (1996-2012), an artist-led redevelopment organization in Los Angeles; RICK LOWE, a collaboration with the British architect David Adjaye on a project for the Olympic Sculpture Park at the Seattle Art Museum (2005); and Victoria Square Project (2016–), a collaboration with the contemporary Greek artist Maria Papadimitriou on Victoria Square in Athens.

Victoria Square became a hub for refugees fleeing conflicts in Syria, Iraq and Afghanistan in the summer of 2015. Lowe first visited Athens in 2015 and started collaborating with Papadimitriou on the project .

Square Victoria Project # 1 (2021), measuring 96 by 72 inches and stylistically linked to his domino works, incorporates color photographs of Athens into a dense and active composition that suggests a network of interconnected streets crossing areas of land and bodies of water.

The table will only be available online until Sunday morning.