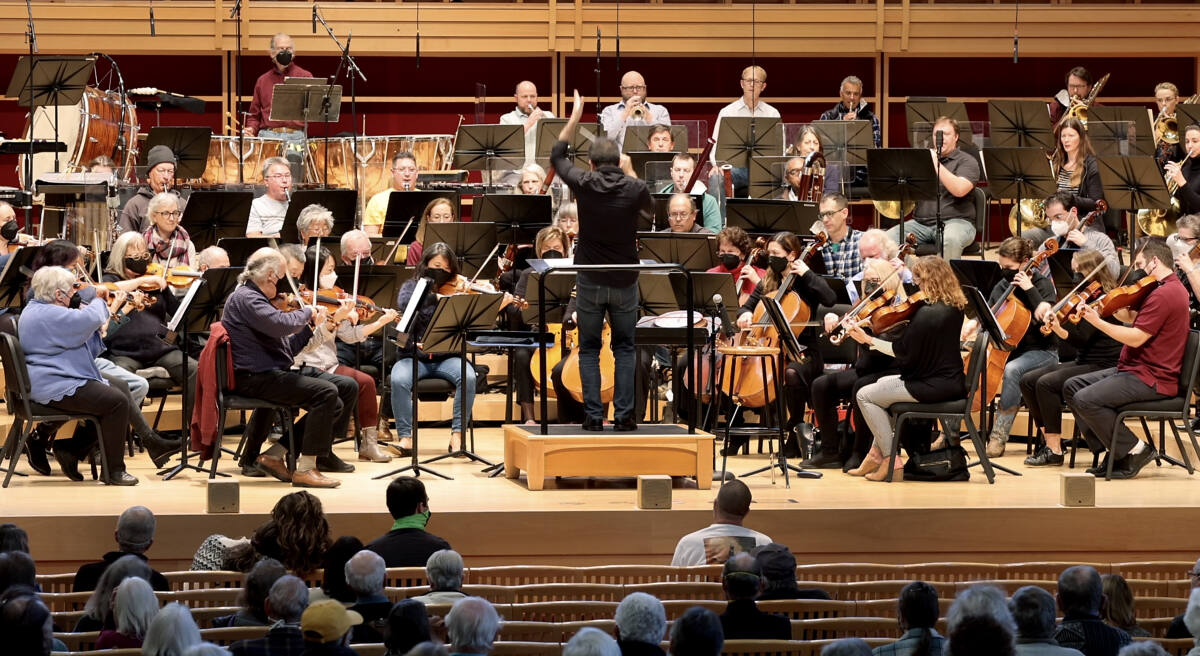 The four Santa Rosa Symphony World Premiere Series concerts were conducted by symphony music director Francesco Lecce-Chong in Weill Hall at the Green Music Center on the campus of Sonoma State University in front of a live audience.

“We are thrilled to be, once again, partnering with NorCal Public Media, to share the artistic creativity of our world premieres with the entire Bay Area,” said Alan Silow, President and CEO of Santa Rosa Symphony.

July 5 and 10: The “Klezmer & Krakauer” program presented live on November 6, 2021, featuring traditional klezmer music arranged by Krakauer; “The Fretless Clarinet Concerto” by Krakauer and Tagg for clarinet and klezmer orchestra (a world premiere); and “Scheherazade” by Rimsky-Korsakov.

July 12 and 17: The “Beethoven à la Kern” program presented live on January 8 with “One” for orchestra by Gabriella Smith (a world premiere of the First Symphony Project); “Lohengrin” by Wagner: prelude to act 1; and Beethoven’s Concerto No. 5 in E flat major for piano and orchestra, Opus 73, “Emperor”, performed by Olga Kern.

July 19 and 24: “Valley of the Moon,” presented live May 7, featuring Michael Daugherty’s “Valley of the Moon” (world premiere); the Concerto in D major for violin and orchestra by Erich Korngold with violinist Elina Vähälä; “Prelude to the Afternoon of a Faun” by Debussy for orchestra; and the Overture to “Die Fledermaus” (The Bat) by Johann Strauss II.

July 26 and 31: The “Visions of Hope” program, presented live on June 11, with the group Mariachi Champaña Nevin led by Jeff Nevin with soprano Mónica Ábrego, contralto Giselle Vallejo, tenor Perry Chacon, Jr., and baritone Rafael Jorge Negrete in Enrico Chapela Barba “Los Braceros (The Workers)” Cantata for mariachi and orchestra (world premiere); Danzón No. 2 for orchestra by Arturo Marquez; and “The Fountains of Rome” by Respighi for orchestra and “The Pines of Rome” for orchestra.

KRCB will air the series at 8 p.m. on Sundays. NorCal Public Media’s KRCB broadcasts, live, are channel 22.1. Viewers can access it on channel 22 on Comcast Cable (high definition on channel 722), ATT U-verse, DirecTV and Dish.

Managing editor Diane Peterson can be reached at 707-521-5287 or [email protected] On Twitter @dianepete56.

Buyout loans sell at a discount as recession fears rise