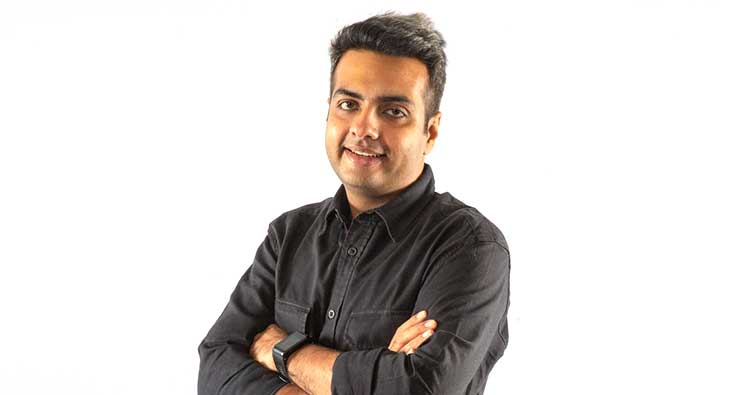 The focus will be on experimenting with new things, new content: Anshul Ailawadi

Viacom18 strengthens its Youth, Music, Entertainment (YME) cluster and launches after an incursion into the Non-fungible tokens (NFT). The YME unit recently launched the Fully Faltoo NFT platform which saw over 3000 digital collectibles sell out in no time. The market is now gearing up to launch a new range of diverse digital collectibles from its iconic brands such as MTV, Vh1 and Comedy Central. Fully Faltoo, the brand’s first short-form video offering, will also launch, featuring over a dozen new webcasts and fully entertaining snack content. “KaanPhod”, a brand new business division, will allow emerging musical artists to show their talent.

The network also revealed new launches for the season, including MTV Roadies, will embark on its first-ever international trip to South Africa with a new host and show elements. Additionally, MTV Hustle 2.0 will continue the search for India’s next big rap sensation in the decibel-heavy second season of the country’s first-ever rap reality show. Colors Infinity expands its library of content with the unique proposition of “The Inventor’s Challenge”, highlighting the journey from an idea on paper to a working prototype of the product created by amateur inventors.

In an interview with exchange4media, Anshul Ailawadi, Head of Youth, Music and English Entertainment at Viacom18, spoke about the growth of the YME cluster, new property launches, plans for the future and more.

How has Viacom18’s youth division grown over the past two years?

Our cluster has five channels (MTV, MTV Beat, VH1, Comedy Central, Colors Infinity), and if we look at total viewership across digital, TV, and all platforms, it’s back in every way, just like income.

A lot has changed from a consumer perspective. 2020-21 have been tough years for everyone, but especially for the youngsters, who have the longest future ahead of them. So we’re seeing a lot of exciting changes in that direction, that people want to get back into the escape world. They want to be part of the creator economy, which is becoming increasingly powerful.

And how did it go for the individual channels – MTV and MTVBeats?

For MTV, viewership was strong across TV and digital. We also experimented with the sports offer on MTV, which attracted a different audience from us, especially outside prime time (early morning and late evening slot). Our music channel, MTV beats, is number one in its space again, and it’s strong and steady. Our social following has also increased significantly among our followers and followers across all platforms.

I wouldn’t say there are new categories, but we’ve seen people who weren’t advertising come back in a limited way. Also, premium sport isn’t as mainstream as the TV shows we produce, so starting from an absolute number, it’s not like it’s going to increase the viewership of my channels, and that’s true for all sports channels. However, in terms of reach quality, it is beneficial to appeal to younger audiences, especially from urban markets. We have seen an increase in viewership from southern markets such as Kerala.

Under revenue pressure, some broadcasters have shut down their English-language entertainment channels. Does this put more pressure on the category? What is the future of this category?

We acquired new content for our English GECs after conducting extensive research into what works and what people want. We looked at what need an entertainment TV channel in English served. Two things emerged – First, there is a need for curation. Ultimately, OTT platforms can lead you down a rabbit hole and consumers can get lost. So for us, the curation proposition is compelling, which is why we acquired content that we think is relevant.

The second element is that we have the largest English-speaking population in the world, and limiting this consumer requirement to one platform makes no sense. Of course, there have been headwinds that the company is in a tough spot, which is very obvious, and therefore the business model needs fixing. The consumer’s need does not change.

Is the rise of video and audio streaming platforms having an impact on the youth and music category? What is the outlook for this category?

This is not a new phenomenon. When Roadies first aired in 2003, it was a very relevant show for the average viewer. It was relevant five years ago when the OTT was launched. It’s still a relevant show today, in the age of OTT, short videos, social media and television. So I don’t think it matters when you approach it from a consumer perspective. We don’t take a television or digital approach; we only focus on the consumer. From a holistic point of view, it will be noticed that the properties are designed in this way. The way to look at it is to aggregate, so we will see significant growth across TV, social media and OTT. We can already see that partnerships have changed, as has the way content is used.

From a strategic perspective, we realized that when we launched original content in 2003, we were the first to give creators a voice, and we’ve seen that space taken over by many digital platforms now. So in the context of this Fully Faltoo, KaanPhod, those are the two launches we’re doing separately, which again is a creator-focused offering where we’re giving talented people a chance to be seen on all platforms . It’s something unique for us because we’ve never done it before.

What is the advertiser’s point of view? Are they looking at TV and digital together?

Advertisers today understand that property value is critical and that value needs to be spread across all platforms. Today we have very deep partnerships with which we deliver social, TV and OTT deliverables. Advertisers understand this too and you will notice that our brands are present at all levels.

How are MTV’s shows doing on VOOT?

We don’t look at things through a television or a digital lens. For us, we know there are many touchpoints, including TV, OTT, and social media platforms. We take an ownership approach, so we launched a new show called Anything For Love, which gained a lot of traction, a new format, a new face, a new concept, which launched last year. The show was not designed for TV, neither for social nor for digital, but for the consumer, wherever they want to consume it. All of our current shows are doing well.

As a media house, what was the purpose of foraying into the market?

It’s more about connecting with our audience. We need to be present in all the touchpoints where our audiences are present in a feasible way. So while we’ve seen the crypto space grow rapidly, we’ve seen an opportunity and a brand connect. And who wouldn’t want to own a piece of our history? it was the market. So with that in mind, we have entered the NFT space and will continue to do more innovation.

We are also working on innovations there, covering a wide range of aspects of NFT that have not been studied in depth in India. I believe we will complete all of this in the next six to nine months. Our initial response was very promising; in 36 hours, we sold 3013 pieces.

Following NFT, the network announced its cross-platform content strategy for its English Youth, Music and Entertainment cluster. What led to these decisions?

We realized that our target audiences were everywhere. In fact, there has been a lot of fragmentation of touchpoints with the public, which everyone is talking about. What nobody talks about is that each touchpoint is a different canvas with a different grammar.

When we create content for TV or OTT, we have a very different perspective, but a lot of young people are consuming different content available on YouTube, Facebook or Instagram. We know this market well because we have been producing short content for brands for many years. So the question was, can we launch something like this and expand our market? That’s when FullyFaltoo made its debut. KaanPhod, on the other hand, was a less obvious but equally important choice. We felt there was a lot of asymmetry of opportunity in the music space, so our platforms are important in TV and OTT on social media. So we decided to give talent a chance and collaborate with them to create sounds that we believe should exist. So that was the driving force.

What will be the area of ​​intervention of the cluster this year?

The first is to multiply all our properties by ten. It’s in line with our new consumer insights, so every property will be pivoted, and we’re working on it. Roadies will be the first consumers see, and it will be a unique concept that goes back to its roots. Existing properties are being amplified, even in the digital realm, by launching creator-friendly propositions such as Fully Faltoo, KaanPhod and Fullyfaltoonft.com.

Apart from all that, the focus will be on experimenting with new things, new content, as seen in the English GEC. Additionally, we plan to launch a new IP on MTV in the coming months.