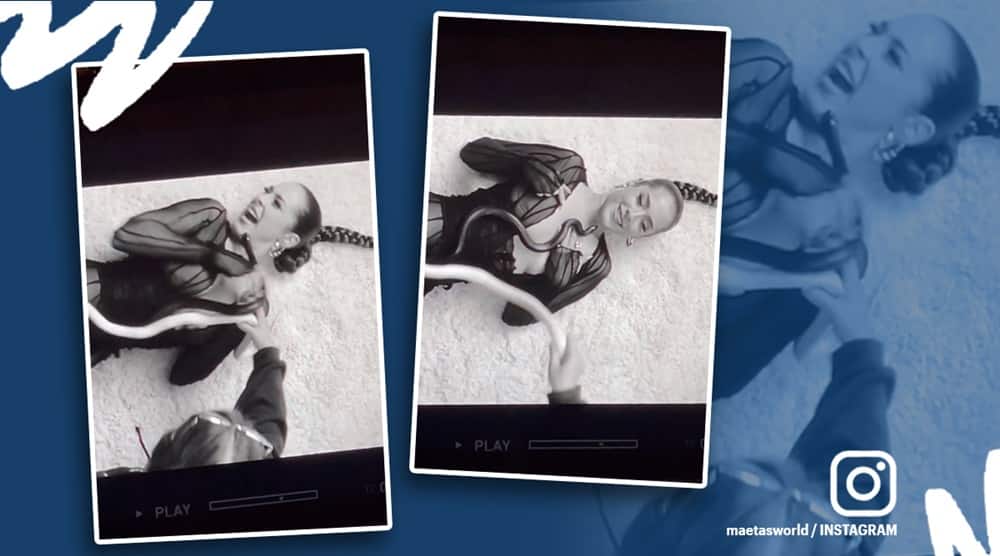 The rapper gets bitten by a snake as she shoots a clip with the reptiles: “What I’m going through …”

Rapper Maeta was bitten by a snake while filming her music video. In a video shared by the musical artist’s social networks, Maeta can be seen lying on the ground as she poses with two snakes: one white and one black. Then without warning, the snake from the back attacks her chin, much to her surprise and discomfort. Fortunately, the rapper is unharmed. The little clip titled â€œWhat I’m Going through to Make Videos for You Allâ€ has been viewed 512,000 times since it was released last week.

Animal rights experts believe that wild animals, exotic birds, or snakes should not be used in the entertainment industry. Artists can instead use computer-generated images to realize their creative vision.

Recently, a few days before his birthday, the actor Salman Khan was bitten by a non-poisonous snake in his farm in Panvel. He was released from the hospital after receiving a dose of anti-venom. It is important to note that India has the highest number of snakebite cases and accounts for almost 50% of global snakebitesth death. Learn what to do in case of a snake bite here: Snakebite first aid dos and don’ts.