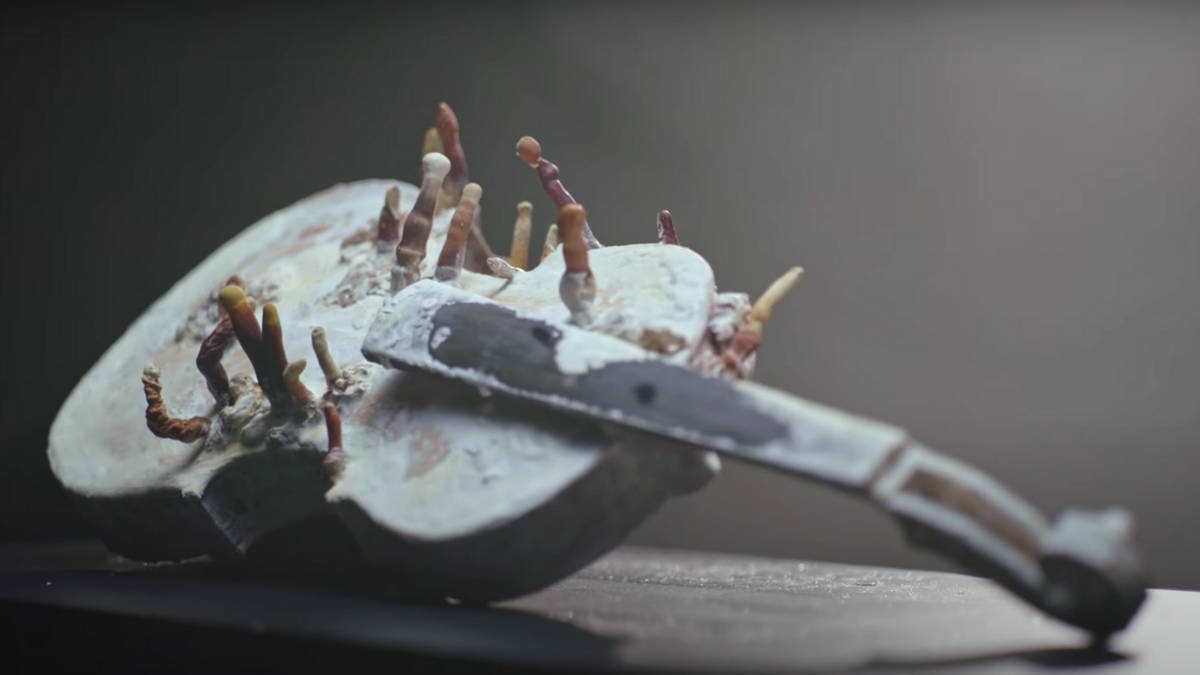 Reishi mushroom is a kidney-shaped mushroom with a reddish-brown glaze. Dubbed the “mushroom of immortality” in English, the mushroom has long been considered a talisman of luck, healing and well-being in Chinese culture.

This fungus typically grows on hardwoods — especially oak trees — in warm climates, such as Asia, the South Pacific, southern Europe, and the southeastern United States.

But one type of wood you probably wouldn’t expect to find the fungus on is the wood of a violin.

In the clip for composer Sven Helbig’s latest track, Metamorphosis (meaning a big change in appearance or character), a violin is slowly “eaten” by a Reishi mushroom over the course of a year.

Recorded via timelapse, the result is the eerie decay of an instrument unlike anything we’ve seen before (see above).

Read more: Funky mushrooms? Meet the musicians who make melodies out of mushrooms

In the music video trailer, Helbig asks the audience, “Can you drink a violin?”.

For those puzzled by its questioning, Reishi mushroom is often made into a tea. According to the Twinings tea company website, Reishi has long been used to manage allergies, autoimmune diseases, sleep patterns, and asthma, due to its immune-boosting qualities.

The fungus that grows on Metamorphosis the fiddle is finally harvested after a year of growth and made into tea. The last image we see in the music video is of a cup of tea being poured.

Seeing the violin used as the floor type in this scenario perhaps creates more questions than it answers for the viewer. Is the instrument more valuable as part of today’s classical music world, or as food for this “mushroom of immortality”?

Helbig is a two-time winner of the ECHO Classical Music Award and co-founder of the Dresdner Sinfoniker, one of the main symphony orchestras specializing in contemporary music. Other musicians involved in the video include the Mondëna Quartet, horn players Anne Grethen, Jörg Brückner and Robinson Wappler, and tuba player Tom Götze.

Helbig performs with the London Contemporary Orchestra on 27 April at Purcell Room, Southbank Center in London.

The eighteen artists featured in the new Indy Library exhibition