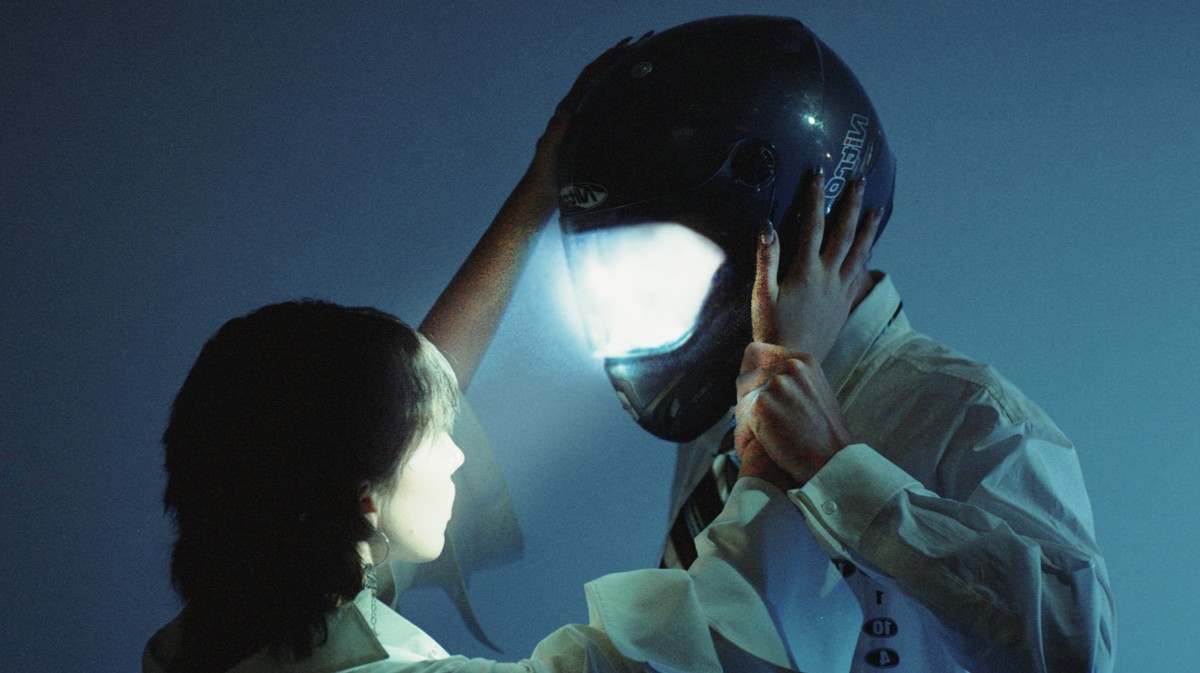 There’s a certain level of satisfaction achieved when you manage to interview someone who you really think is going to hit the mark. This is the case of Melbourne creators Renee Krypriotis and Martino Eros Passi, otherwise known by his musical pseudonym, Dolorres.

Although they have been playing with a camera for a few years, mainly focusing on music videos from other Melbourne artists like CD and Gabriel LCR, they announced six months ago the official launch of their production company Almanac.

Still in its infancy, the two aim to turn Almanac into something that will act as an umbrella for their art and a point of contact for their future visions.

“I think the main purpose of why we started Almanac was to give us a little more legitimacy,” Renee told VICE.

Regularly, Renee (for her films) and Martino (for her music) have been described as world-class talents, and still in her early twenties, that’s not far from the truth. Their work together over the past two years has portrayed children with enormous potential, locking in time the nuances of the world around them in incredibly creative (and at times) poetic ways.

“Yeah, there’s always going to be a coming-of-age element. Someone always has to come of age,” Martino tells VICE of their movies.

Although he’s joking (I think? Sometimes it’s hard to tell), what Martino says is pretty much true. There’s this tinge of suburban banality that lurks behind the feel of Almanac’s films, especially their latest, Subdivide. Children zoom in on bicycles in formation as a scene from stranger things Where HEY while women in curlers and old men smoking cigarettes watch from their porches. There’s an overall “kid questioning the world” aesthetic, with Martino still as the central character.

It’s an inspiration likely stoked by the fact that the two have, in fact, “come of age” together. They went to the same high school, dated, then settled on Best Friends. When Martino started making music at the age of 15, Renee asked him, or rather said, that she would do the music video for one of his first singles, “Fluffy Dice”.

“I was like, ‘this is what it’s gonna be like. And this is what we’re gonna do’. And he’s like, ‘Okay, honey’. And then we did this. And then the rest was up to to history,” Renee said.

From there, Renee directed all of Martino’s music videos. Realizing that their creative partnership was obviously working, the idea for a production company was born.

Almanac, says Martino, was inspired by the sports magazine of back to the future 2 but the real meaning of the word is centered on the recording of all that is significant in a certain period of time.

“It has this ubiquitous sense, where it means all in one. That’s what we do because aesthetically everything is very colorful, there are always a lot of details, we always go beyond things. We kind of do everything,” he says.

Although Renee doesn’t necessarily consider her film style to be austere (although Martino describes her as a “pretty horror woman”), certain elements – the framing, the color blocking, the character style – prove otherwise. For someone still in their early twenties, that’s an impressive feat. With favorite directors like Céline Sciamma, Andrea Arnold and Ari Aster, it’s easy to see where her talent for capturing a person’s individual character comes from.

Looking to the future, Renee and Martino think big. They’re young, hungry, and don’t just want to stick to music videos. Fashion films, commercials, short films, even a feature film are in mind.

“Eventually, eventually,” Renee said, “But that kind of scares me.”

Read more about VICE Australia and subscribe to our weekly newsletter, This Week Online.