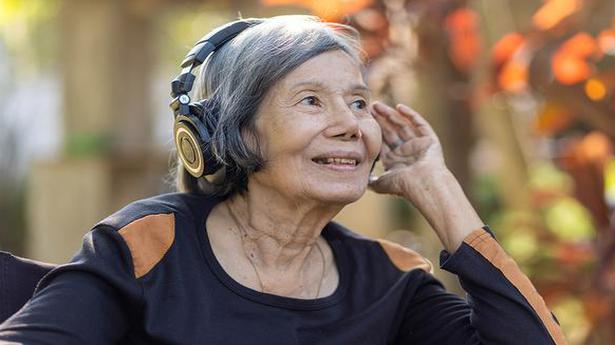 Dementia is a group of symptoms that affect memory and thinking and interfere with daily life. Alzheimer’s disease is the main and major cause of dementia. Treatments aimed at reducing the symptoms and progression of dementia may be clinical, or methods such as practicing yoga, breathing exercises, brisk walking, and listening to melodious music. It is an age-related disease that affects more than 55 million people worldwide. India’s National Health Portal reports that according to the 2011 census, dementia affects 2.7% of India’s 65 million older people over 65.

The California site “Bayview Senior Assisted Living”, in an article, suggests 13 ways to treat / reduce dementia. These are: (1) inhale and exhale – think of nothing but the exiting breath, (2) think of a favorite and peaceful place – even your quiet living room, (3) feed a pet, ( 4) massage – once or twice a week relieves stress, (5) yoga – breathing has a calming effect, (6) singing or music such as, (8) cleaning your place daily; it keeps your brain functioning and provides a sense of accomplishment, (9) nurturing a garden – even if it’s just flowerpots, (10) reading newspapers and books, not just listening to TV news channels (and also try to answer questions posed to the Kaun Banega Karorpathi), (11) try puzzles, crosswords, sudoku, and the like, and learn a new language, (12) do simple cooking, of course with someone’s help, and (13) organize – put tidy up drawers or shelves – getting rid of old junk files and letters will be an accomplishment!

What are the other valuable factors in reducing depression and delaying Alzheimer’s disease? Bilingualism (ability to easily manage two languages) or multilingualism will it be more beneficial in reducing dementia than simple familiarity with a single language? Dr Subhash Kaul and Dr Suvarna Alladi from Hyderabad looked into this aspect. In their study, patients with bilingual dementia developed the disorder more than four years later than monolingual subjects.

It turns out that people in many parts of India are indeed bilingual (speak at least two languages, even though they cannot read them). In fact, most of the people who work in cities speak both languages ​​well; their jobs – housekeepers, traders, etc. – require bilingualism. Professor Vijayalakshmi Ravindranath of the Center for Brain Research at the Indian Institute of Science, Bengaluru, has initiated work to investigate this aspect using functional magnetic resonance imaging, as well as a survey of residents of Bengaluru . Of course, it will be useful for older people who are unilingual to start learning a second language.

Another important factor is the music. Even listening to music can be therapeutic. Indeed, the article by Celia Moreno-Morales et al., Entitled “Music Therapy in the Treatment of Dementia: A Systematic Review and Meta-Analysis”, in Frontiers in medicine (Lausanne) (doi: 10.3389 / fmed.2020.00160) analyzed the results of eight previous studies and concluded that music could be a powerful treatment strategy, alone or in combination with pharmacological therapy, depending on the nature of the dementia.

0000000000000382). Using fMRI to scan brain areas of 17 subjects with mild cognitive impairment, who listened to short snippets of personally selected music from the patient’s past, as well as newly composed music, the scientists concluded that the music known from long-standing activates various areas of the brain, and has also identified why long-term memory is preserved in older people with dementia. In other words, they recognize it and appreciate it!

Such experiments have been carried out right here in India by the group of Professor Nandini Chatterjee Singh of the National Center for Brain Research, Manesar, Haryana. She assembled a group of classical Hindustani musicians and while they performed she watched the players and listeners. You can access it in the podcast section of the website https://indscicomm.blog or by searching for “Emotions in Hindustani Music-Part 2. Podcast”.

It’s not just the melody, but also the rhythm, timing and movement. Those of us who listen to old movie songs can immediately catch the errors of musical scale and rhythm. Professor Jessica Grahn from London, Ontario, Canada says switching to music is an instinctive, often unintentional, activity experienced by those of all cultures. When humans move to music, the brain’s movement centers light up in response to music and rhythm, even when we are not moving a muscle. Do people who find it difficult to keep up with the pace feel pressured to do so? Here then is an exciting potential held by musical interventions for people with degenerative neurological disorders such as dementia. So let the music play!