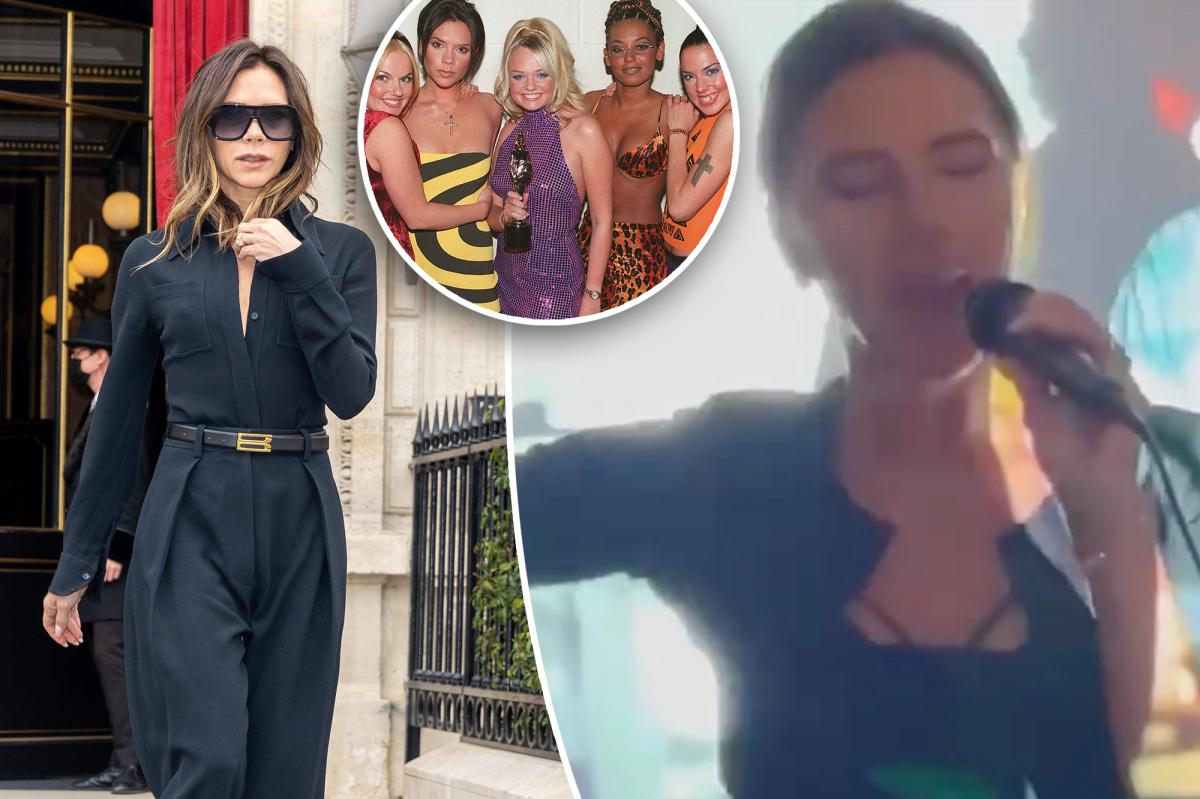 Victoria Beckham revisited her past as a ‘Posh’ pop star this weekend, as the British beauty was captured by husband David Beckham singing the 1997 Spice Girls hit ‘Stop’.

“Karaoke night with the one and only Posh Spice 🖤@Victoria Beckham @spicegirls 🖤,” hubby Beckham, 47, captioned a clip of his wife, 48, singing the tune in a black outfit, including a maxi skirt and crop top and sweater. She also imitated part of the choreography of the original music video.

As she performed, others can be seen dancing in the background.

“Only for you David!! X,” Victoria commented on the post, prompting fellow Spice Girl Mel C to comment, “Nice to see you getting a head start on rehearsals! 😘😂. ”

Victoria failed to join the band on their 2019 “Spice World” tour due to previous business commitments, but did. find the group last summer during pride month.

Thanks to the karaoke session, fans are once again asking the fashion designer to hit the road with her bandmates.

While fans would love to see Posh Spice return to the stage in a number of glamorous looks, her daughter Harper Beckham was not a fan of her mother’s costume choices.

“In fact, she said to me recently, ‘Mom, I saw pictures of you when you were in the Spice Girls and your skirts were just unacceptable. They were just too short,'” the mom shared and the fashionista.

“Then David spoke up and said, ‘Absolutely, Harper! They really, really were. And she was actually quite disgusted at how short my skirts were.