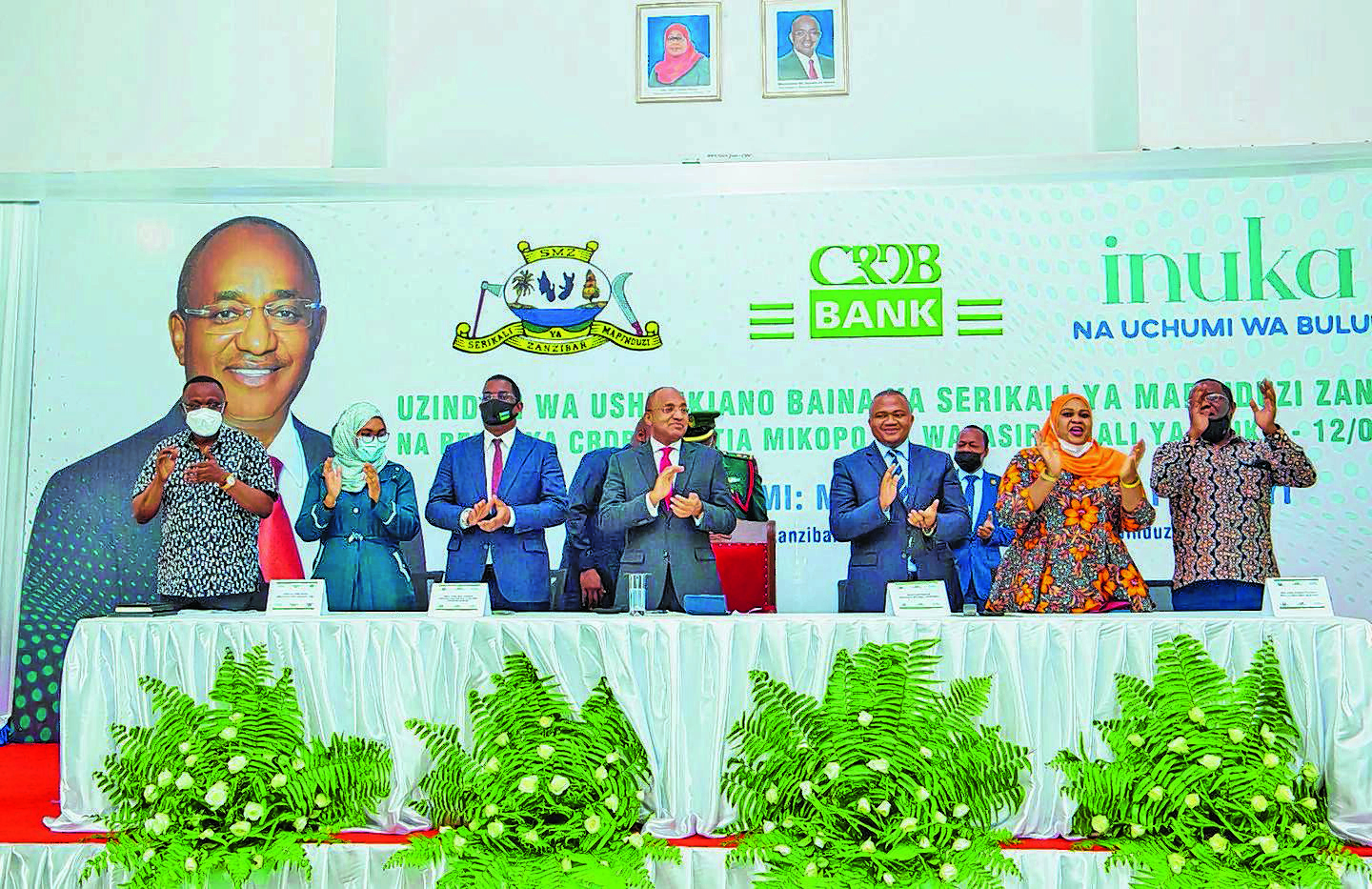 By The Citizen Reporter

Zanzibar. The government of Zanzibar and CRDB Bank Plc have signed an agreement which will oblige the latter to disburse 81.8 billion shillings to stimulate economic activities in the islands.

The package includes 60 billion shillings which will be disbursed in the form of interest-free loans to income-generating groups in Zanzibar, while the remaining 21.8 billion shillings will be allocated to improving the necessary infrastructure that will enable the groups income generators to carry out their activities. undertaken in modern facilities.

Codenamed: “Inuka na Uchumi wa Buluu” (Grow with the Blue Economy), the agreement – which was signed on January 31, 2022 – is part of Zanzibar’s wider plan to boost economic activities after the effects of the Covid-19 pandemic.

Speaking at the official launch of the deal here this weekend, the President of Zanzibar, Dr Hussein Mwinyi, urged income-generating groups on the islands to seize the opportunity and secure interest-free loans for their own economic good.

After ascending to the presidency following the general elections in October 2020, Dr Mwinyi promised to implement a number of measures including the issuance of special ID cards to small traders so that they can exercise their activities freely.

He also promised to create markets for them; provide them with tools and working materials – and that he would discuss with lenders the possibility of reducing loan rates.

“In one year, we have accomplished a lot. Instead of lowering interest rates, we actually introduced government-guaranteed interest-free loans through our partnership with CRDB Bank,” he said.

The money is part of a package that was disbursed to Zanzibar under the $576 million (about 1.3 trillion shillings) Rapid Credit Facility (RCF) that Tanzania received last year of the International Monetary Fund (IMF).

Earlier, the Managing Director of CRDB Bank Plc, Mr. Abdulmajid Nsekela said that the bank has decided to partner with the government of the islands with the aim of playing an important role in the implementation of the blue economy program of President Mwinyi.

“At first, it seemed impossible to talk about interest-free loans; but, through innovation and partnerships, we have succeeded,” he said.

He said the bank’s involvement with small and medium enterprises (SMEs) stems from the fact that the sector accounts for more than a third of Tanzania’s gross domestic product (GDP).

“Even though we are talking about 60 billion shillings of interest-free loans here, keep in mind that we have much more than that to support SMEs,” he said. As of Friday (February 12), he said, five income-generating groups in the islands had received a total of 94 million shillings in interest-free loans under the “Inuka na Uchumi wa Buluu” agreements. “Loan applications from six other groups are currently being processed while another 50 have applied for loans totaling over 2 billion shillings,” he said.

In his address, the Permanent Secretary of the Zanzibar Ministry of State in the Office of the President (Finance and Planning), Dr. Juma Malik Akil, said that in line with the objective of developing a blue economy, the government will spend 36.5 additional Sh. billion from the Covid-19 kitty for the purchase of fishing boats, the capital increase of the state-owned Zanzibar Fisheries Company Limited (Zafico) and the construction of fish ponds for fish farming.

Can we love humanity as we love music? – News